Death of a female Parachutist 1906

Haworth New Cemetery is home to the grave Elizabeth Mary Cove who died on June 11, 1906 aged 21 years. Her professional name was Miss Lily Cole and she died in a parachute accident.

Lily was engaged as the main attraction at the Haworth Gala. She was to ascend in a gas-filled balloon high above the crowd and then jump from the balloon and land using a parachute. On the day of the Gala, problems with the balloon caused the jump to be postponed but, on Monday 11 June,  the balloon got off the ground. There was problem and she became separated from her parachute and plunged to the ground. She died soon after.

According to the Haworth Village website, there was speculation that the harness may have been tampered with - a relationship with another man causing jealousy. Another suggestion thought that as she approached Ponden reservoir she feared the balloon might land in the water and, rather than drown, she decided to jump. A very detailed account of the accident and the aftermath can be found HERE. 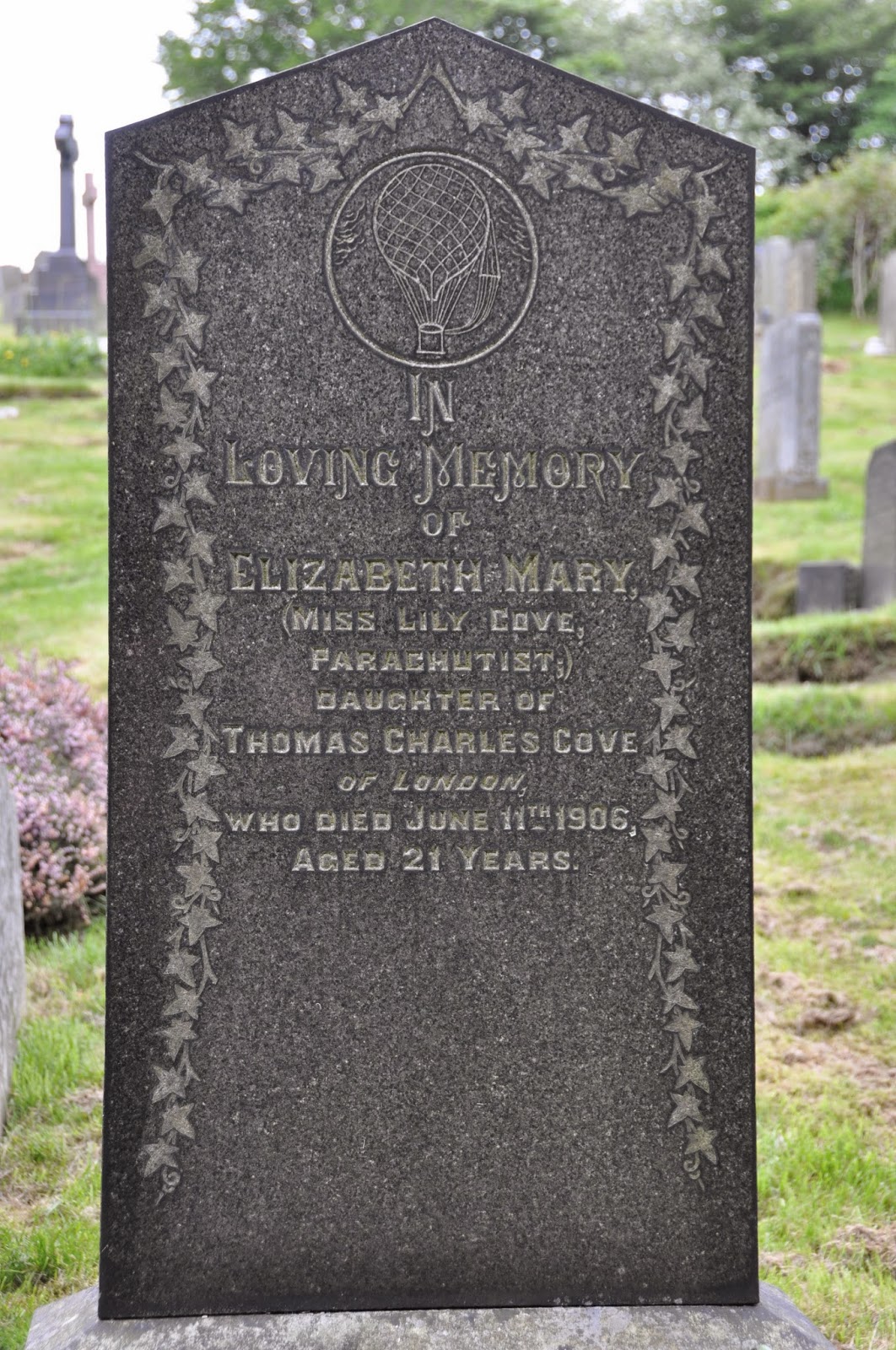 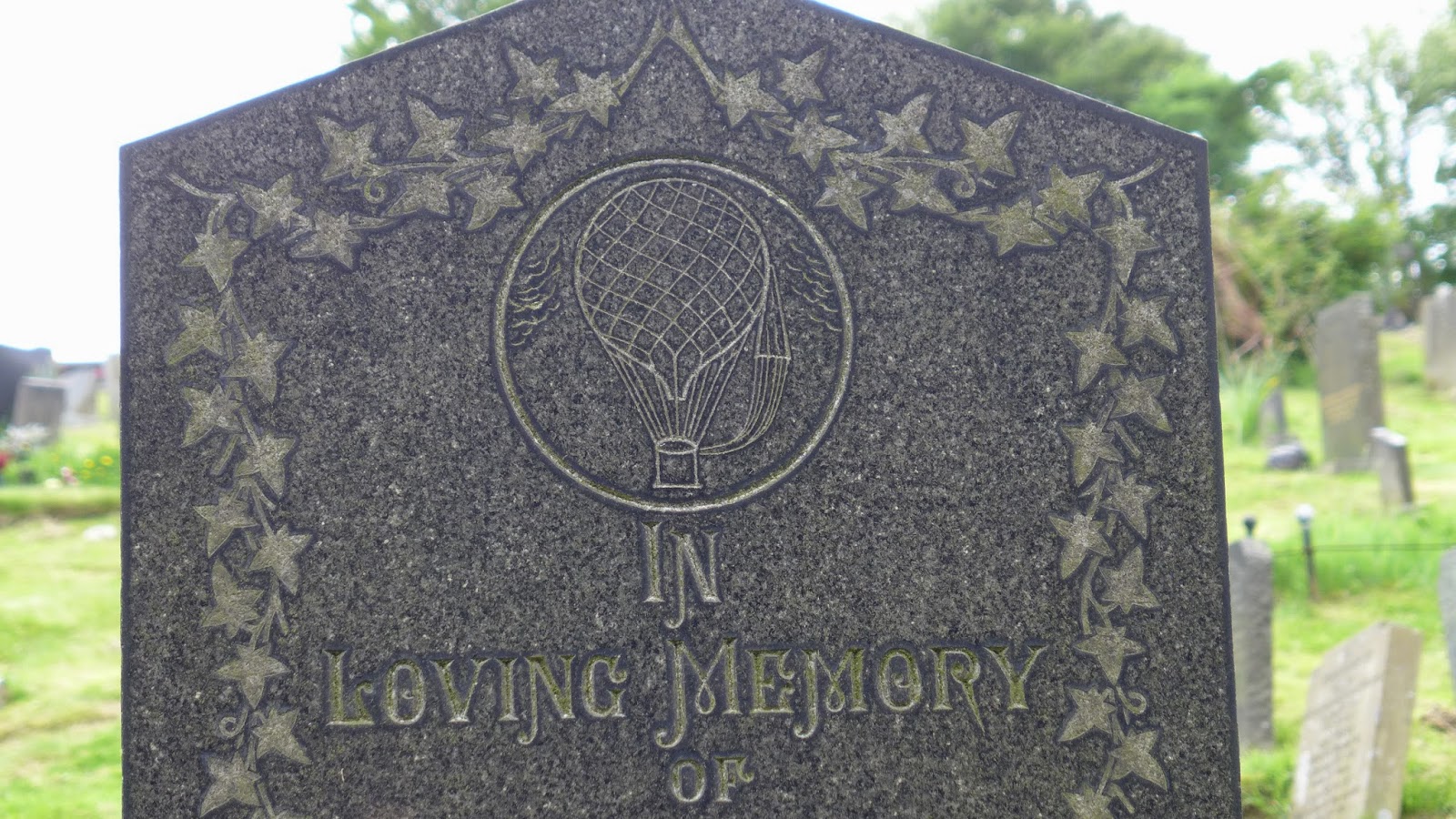 Hi, I'm the host of the What'sHerName women's history podcast and we're working on an episode about Lily Cove, we'd love to use this photo of her grave if it's yours to give the rights to? Could you let me know if the photo is your own and if you'd allow us to use it (with attribution of course). Thank you! Olivia Meikle