Mother died and then her triplets 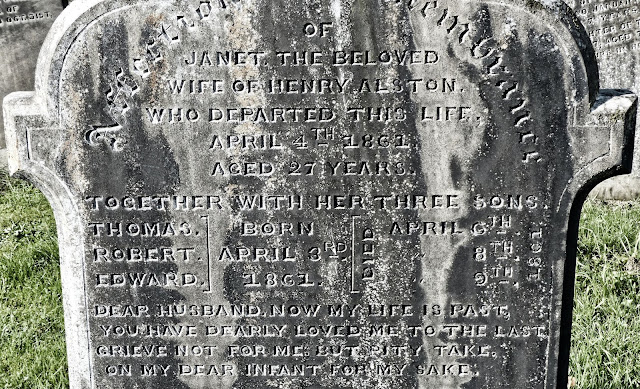 Am I right in thinking these are Pigeons? They seem very stocky! Anne Marginson departed this life January 23, 1863 aged 74 years. She is buried in Preston Cemetery: 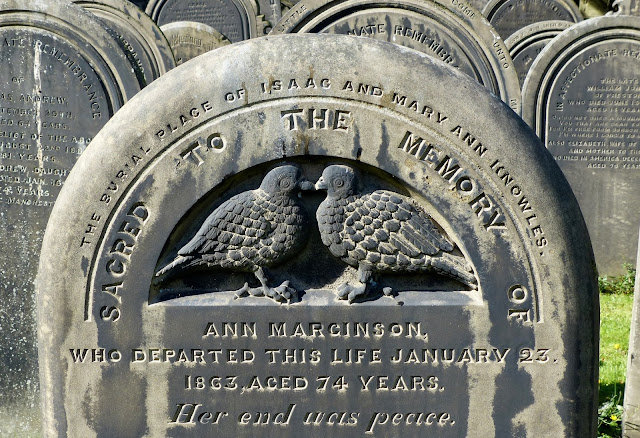 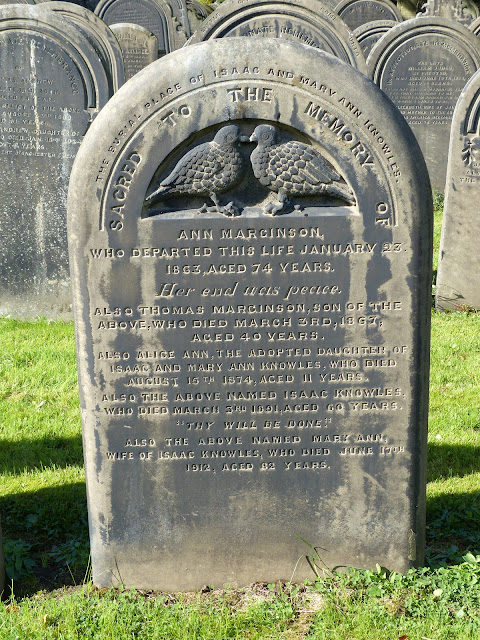 What's in a Name?

Thomas Hill Joseph Napoleon Horatio Bonaparte Swindlehurst Nelson is said to have the longest name to be found in Preston Cemetery. So long, they had to use his initials to fit him on the base of the gravestone! 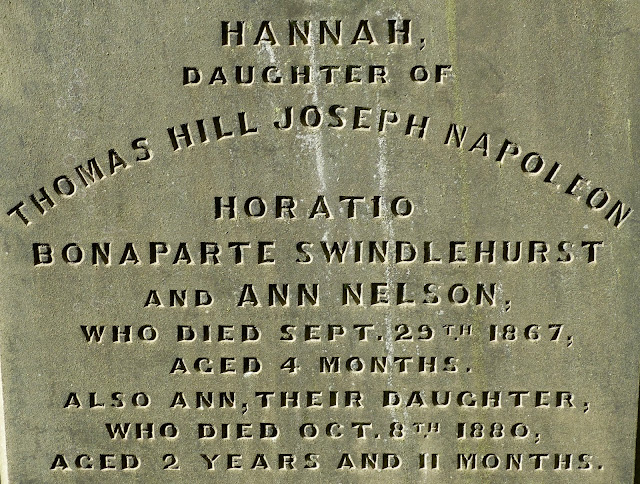