Four years ago, I noticed that a Bath graveyard was having an open day and went along. The Perrymead Roman Catholic graveyard was very pretty and I was captivated by a grave that stood out from the neat formality of the other resting places. On top of the green chipping covering, dozens of shells, stones and the occasional trinket were scattered. Perhaps the sea shells came from beaches that the person buried there enjoyed visiting. Relatives might have collected them and brought them here. Whatever the reason, it was very striking. 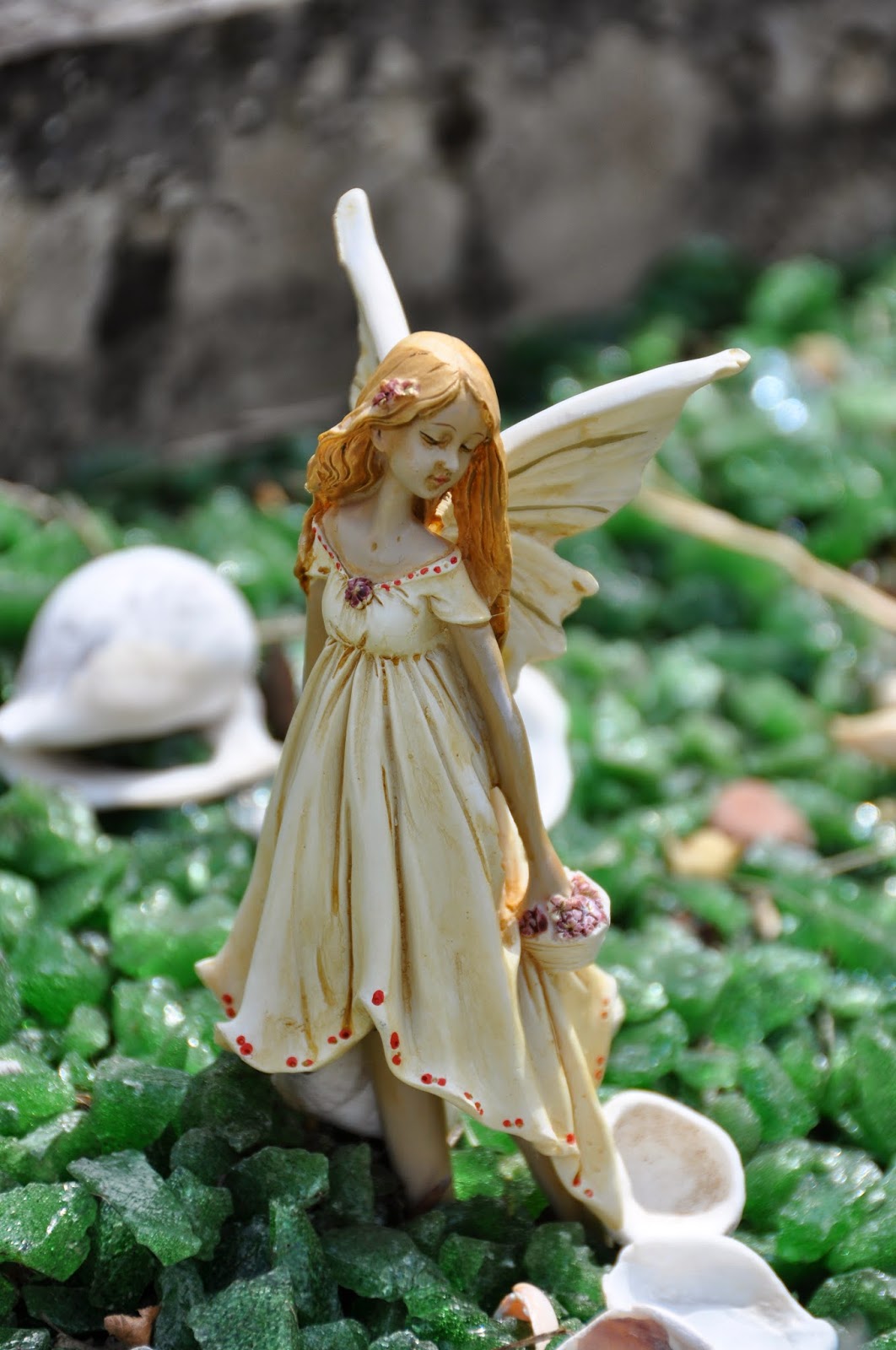 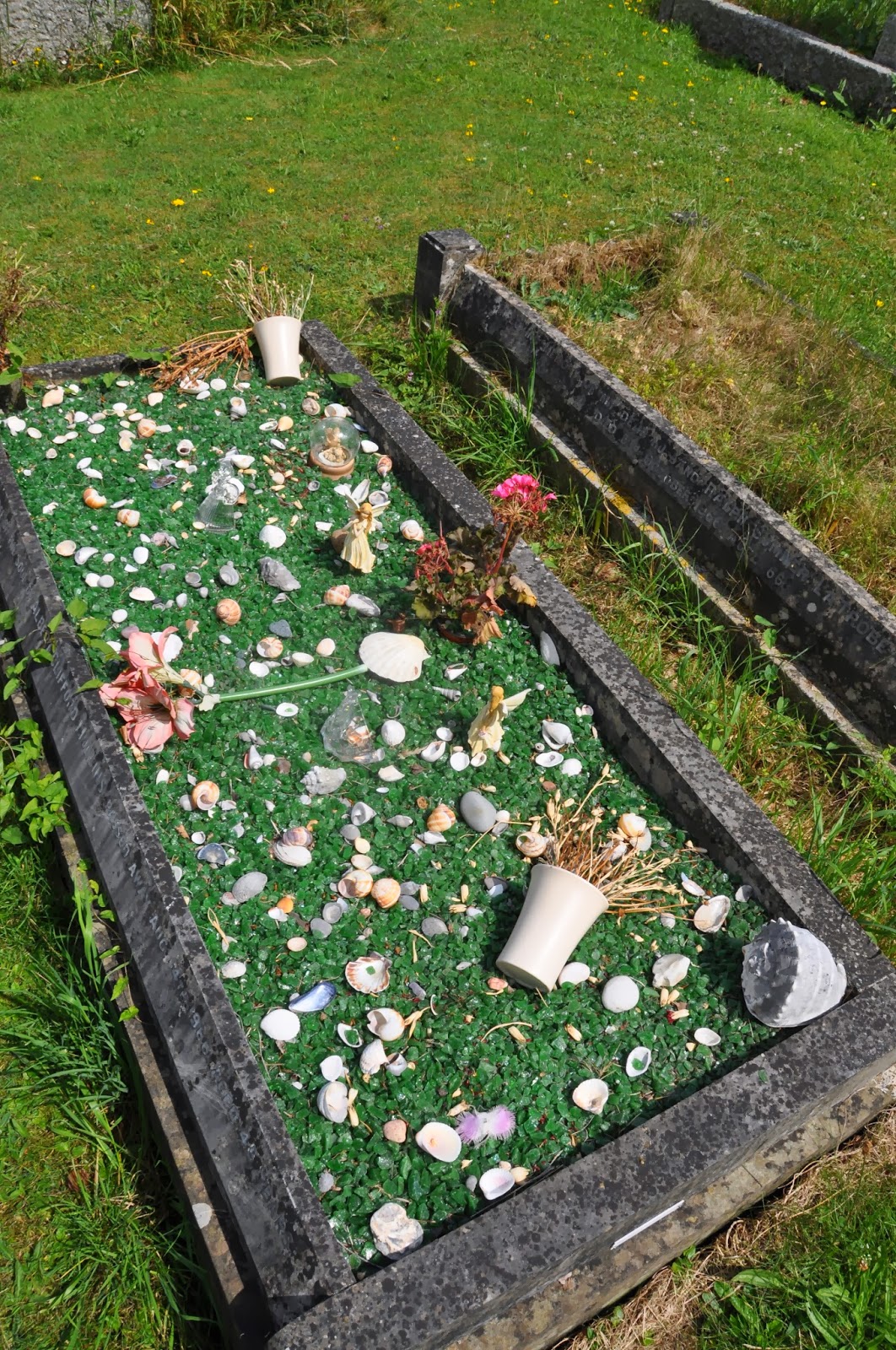 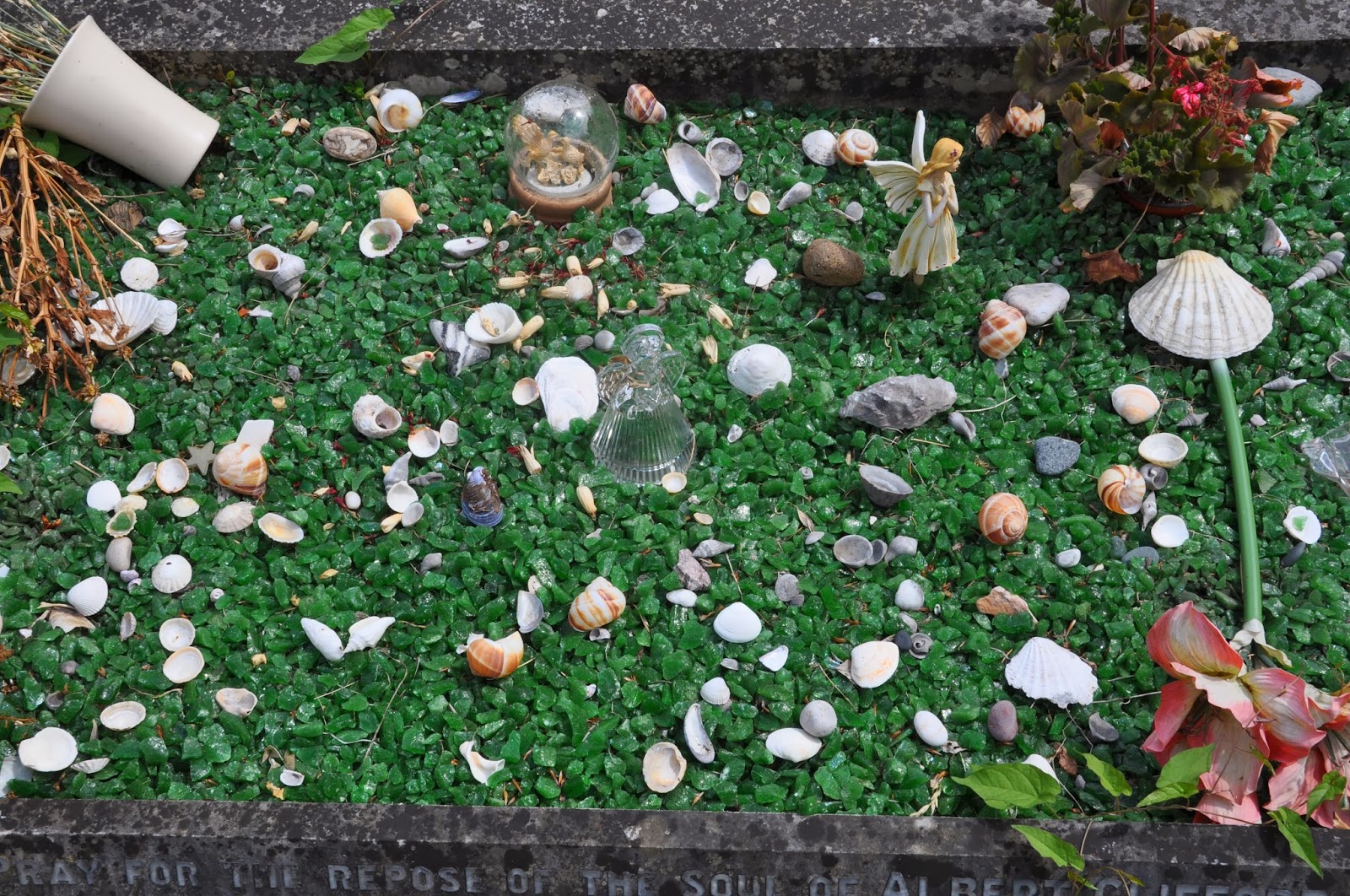 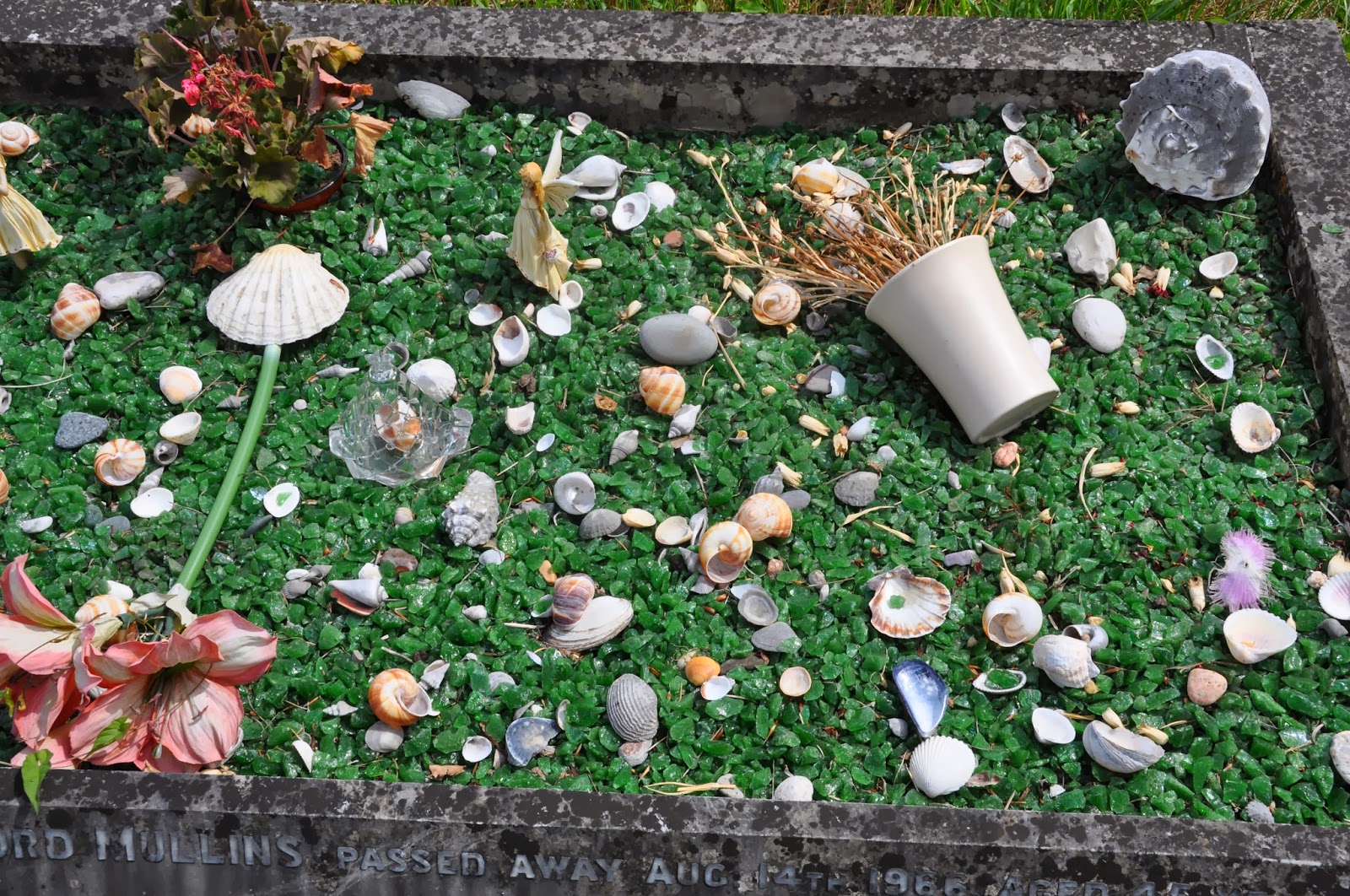 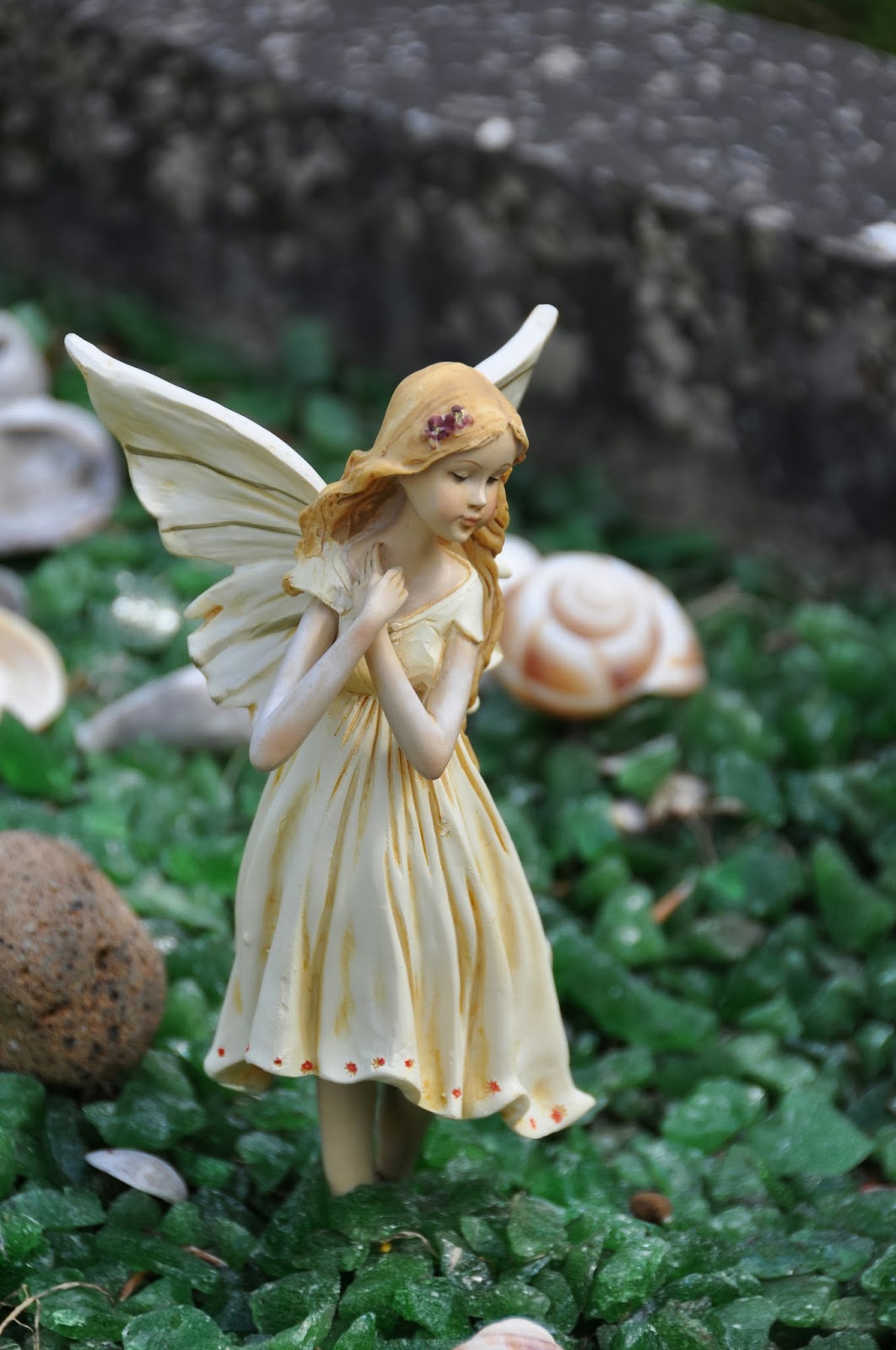 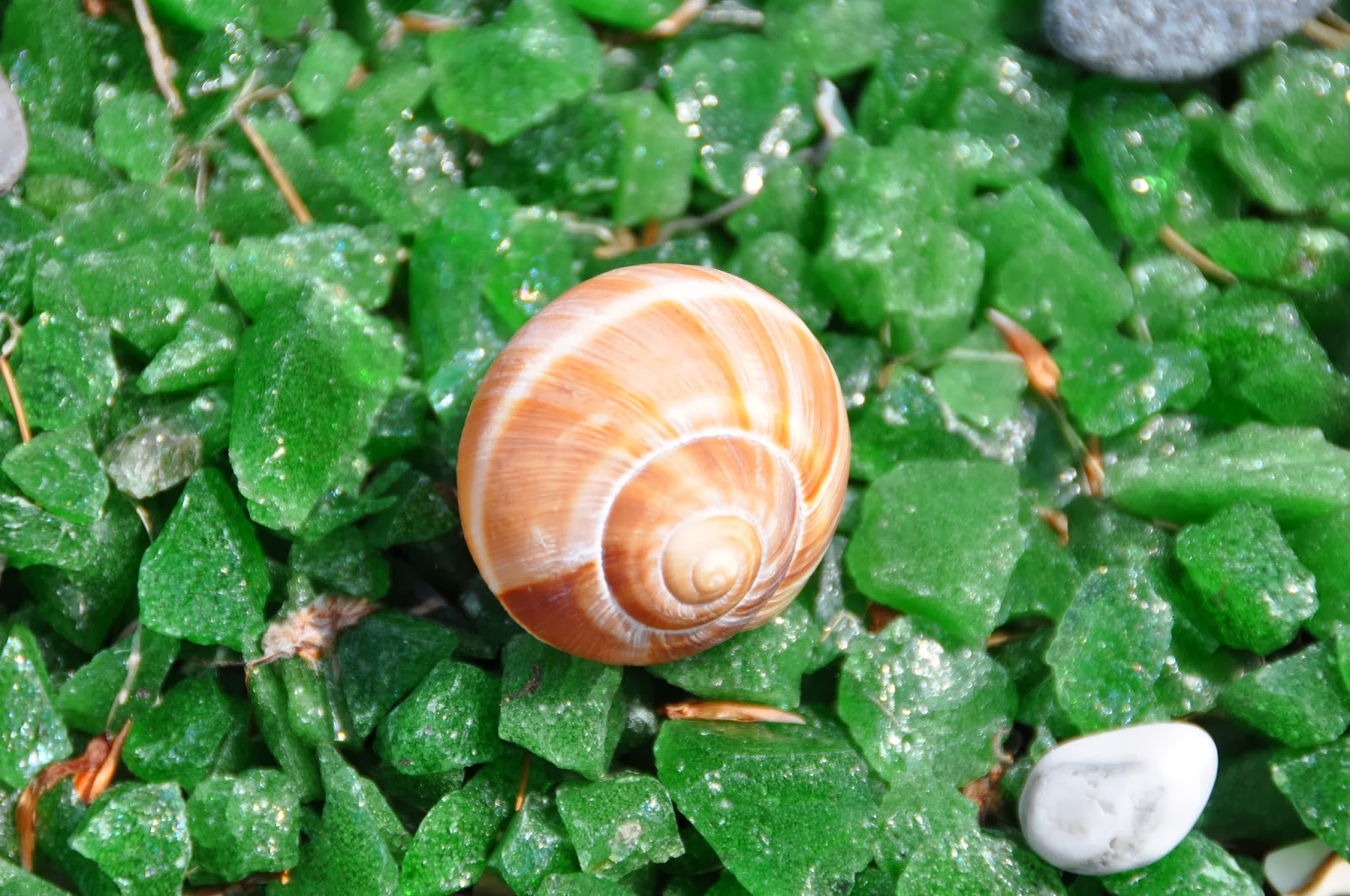 Another headstone in Arnos Vale Cemetery, Bristol. Norwegian merchant seaman, Salve Lislevand who served on M/S Slemmestad. He became ill and died on November 22, 1943. The day he died, his ship was passing Gibraltar and was bound for Liverpool from Oran. Perhaps his body was taken ashore by a Pilot Boat and landed at Bristol?

Some very useful details can be found on a very informative website HERE. 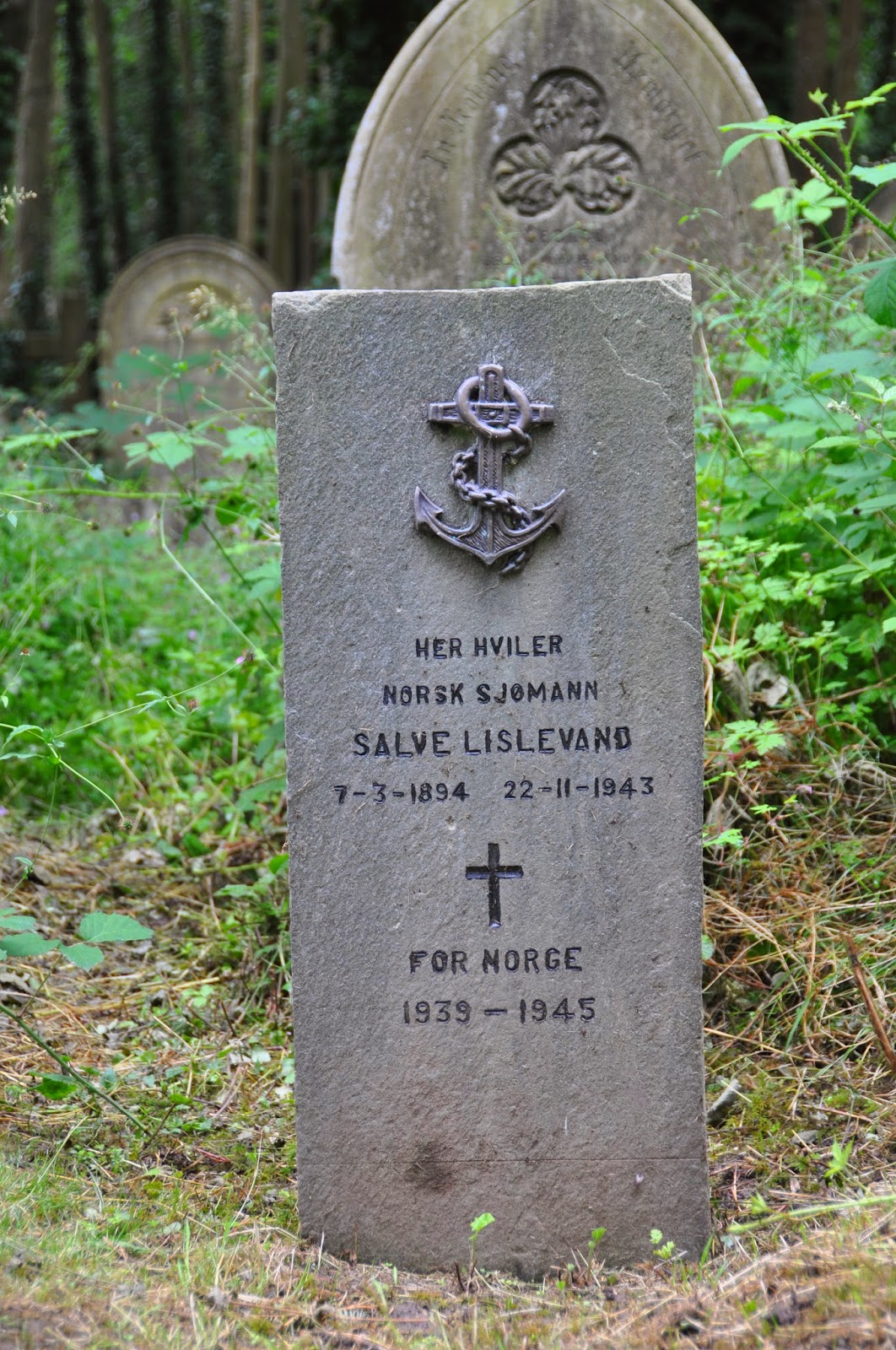 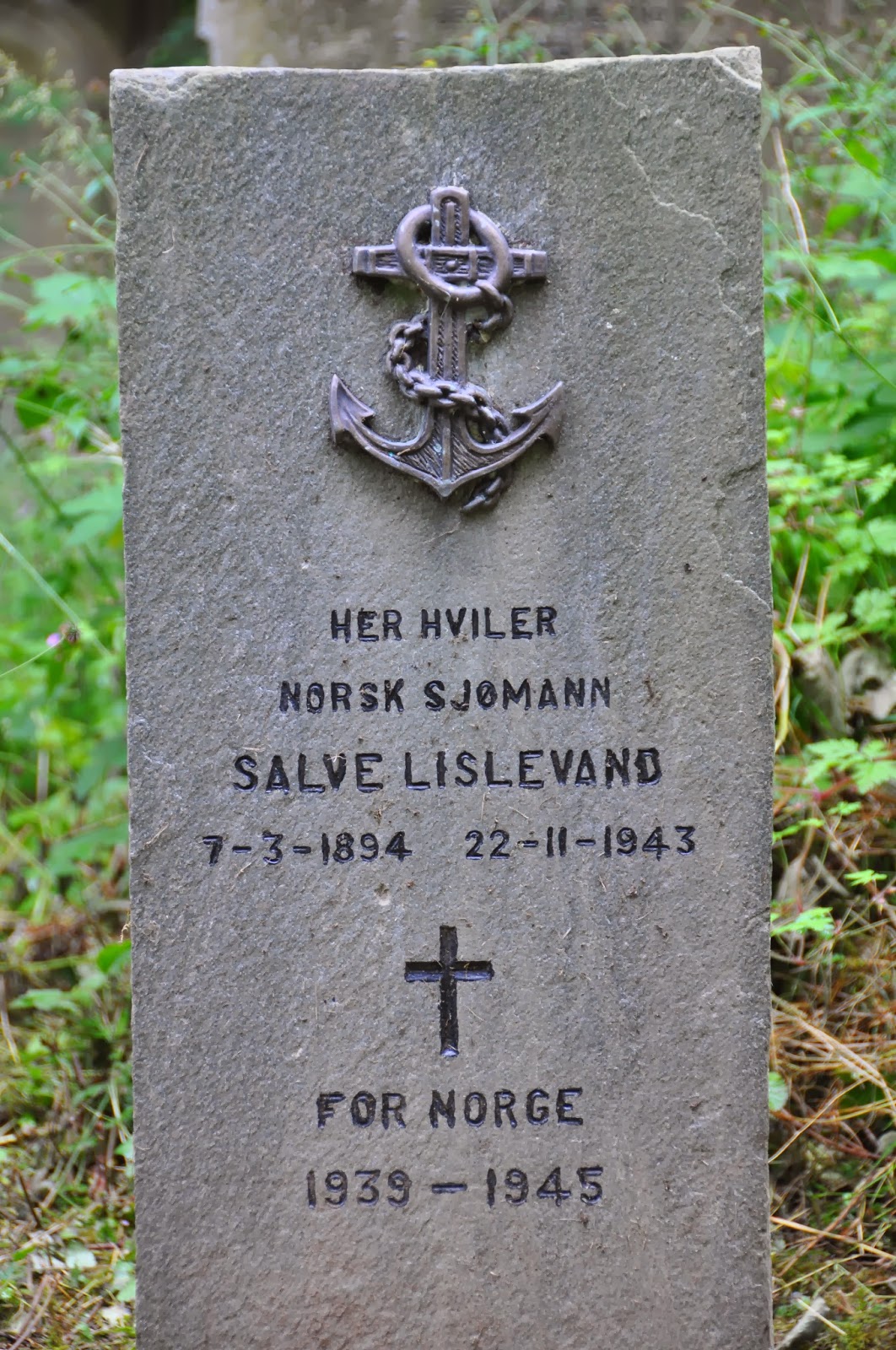 This spectacular memorial can be found in Bristol's Arnos Vale cemetery. It is topped with sculpted group of a funerary urn with a coat of arms, enwrapped in a Union Flag. At its base is an officer's shako [helmet] and sword belt. It is Grade II listed.

An inscription reads:
In memory of Lieutenant James Anthony Gardner, late of HM 7th Royal Fusiliers. The beloved and only child of James Anthony Gardner and Eliza, his wife, who was accidentally drowned whilst bathing at Alwaye, Cochin Malabar Coast, East Indies, October 26th 1861, aged 30 years. Interred in the Protestant burial ground at Cochin, October 27th, 1861, and removed to beneath this spot by his, bereaved parents, March 18th 1863.

Gardner, who father was Governor of Bristol Gaol, joined the Regiment in the Crimea before the Battle of Sebastopol. He was awarded the Crimea Medal with Sebastopol clasp and retired in 1860. 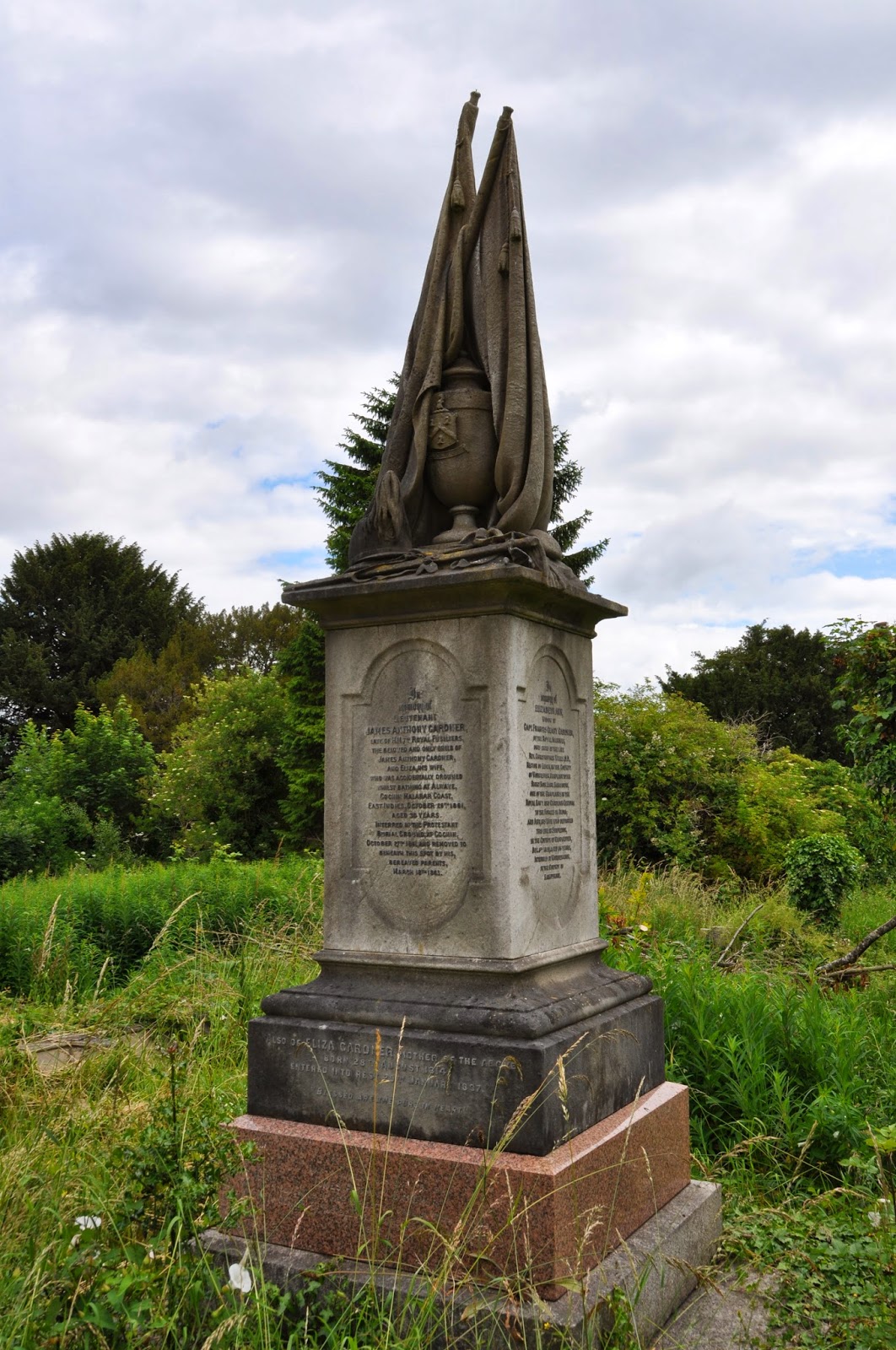 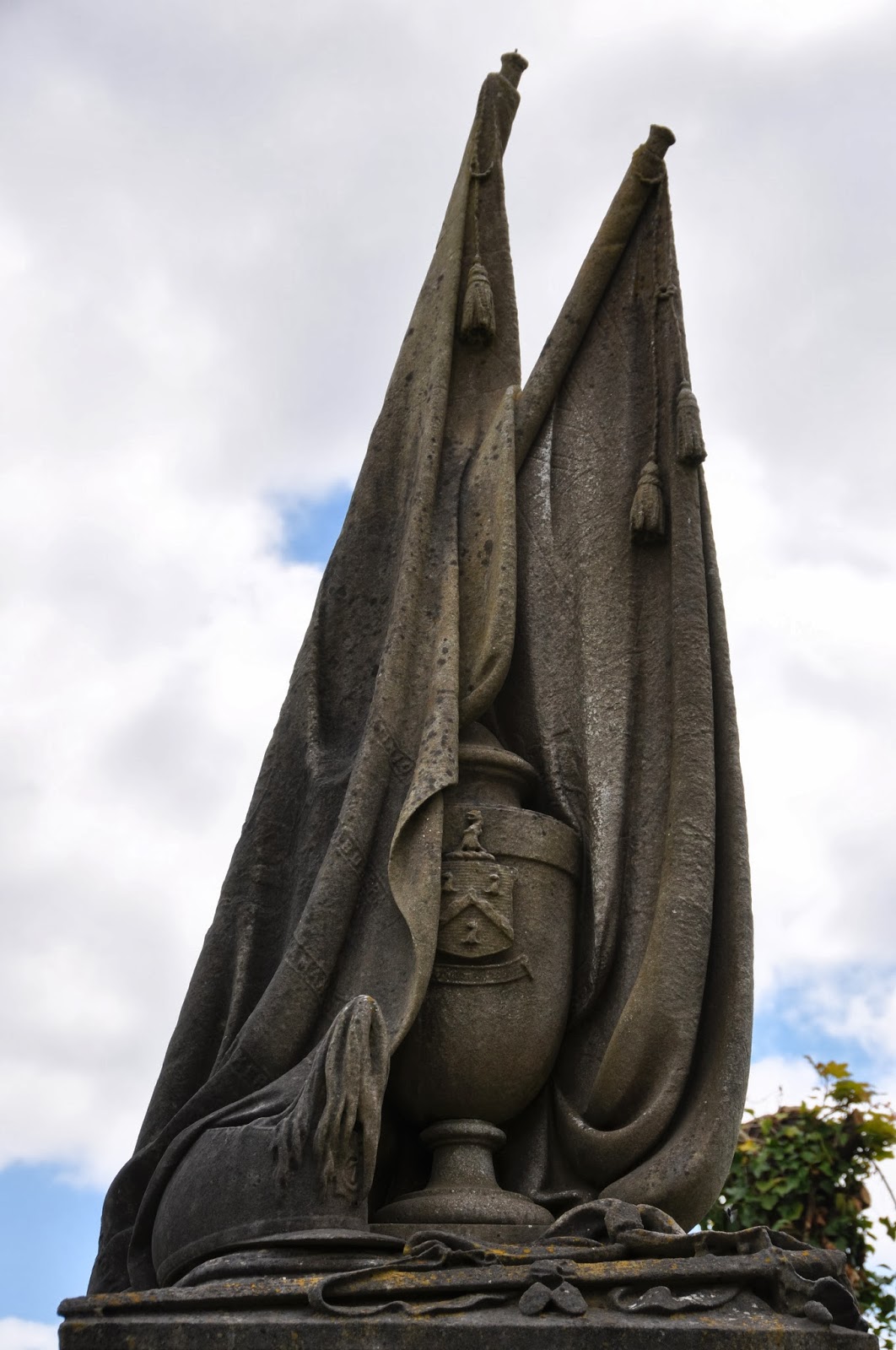 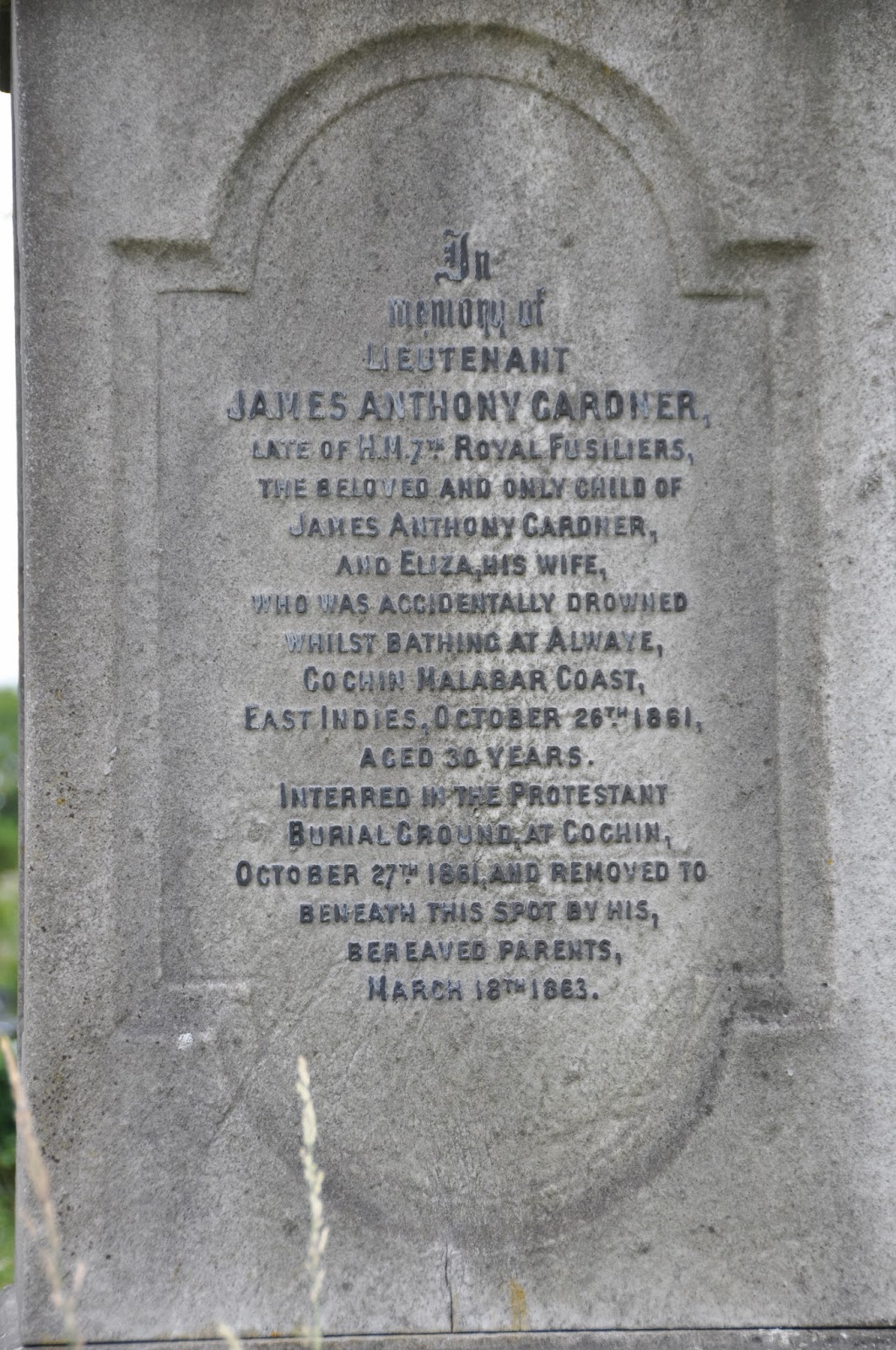 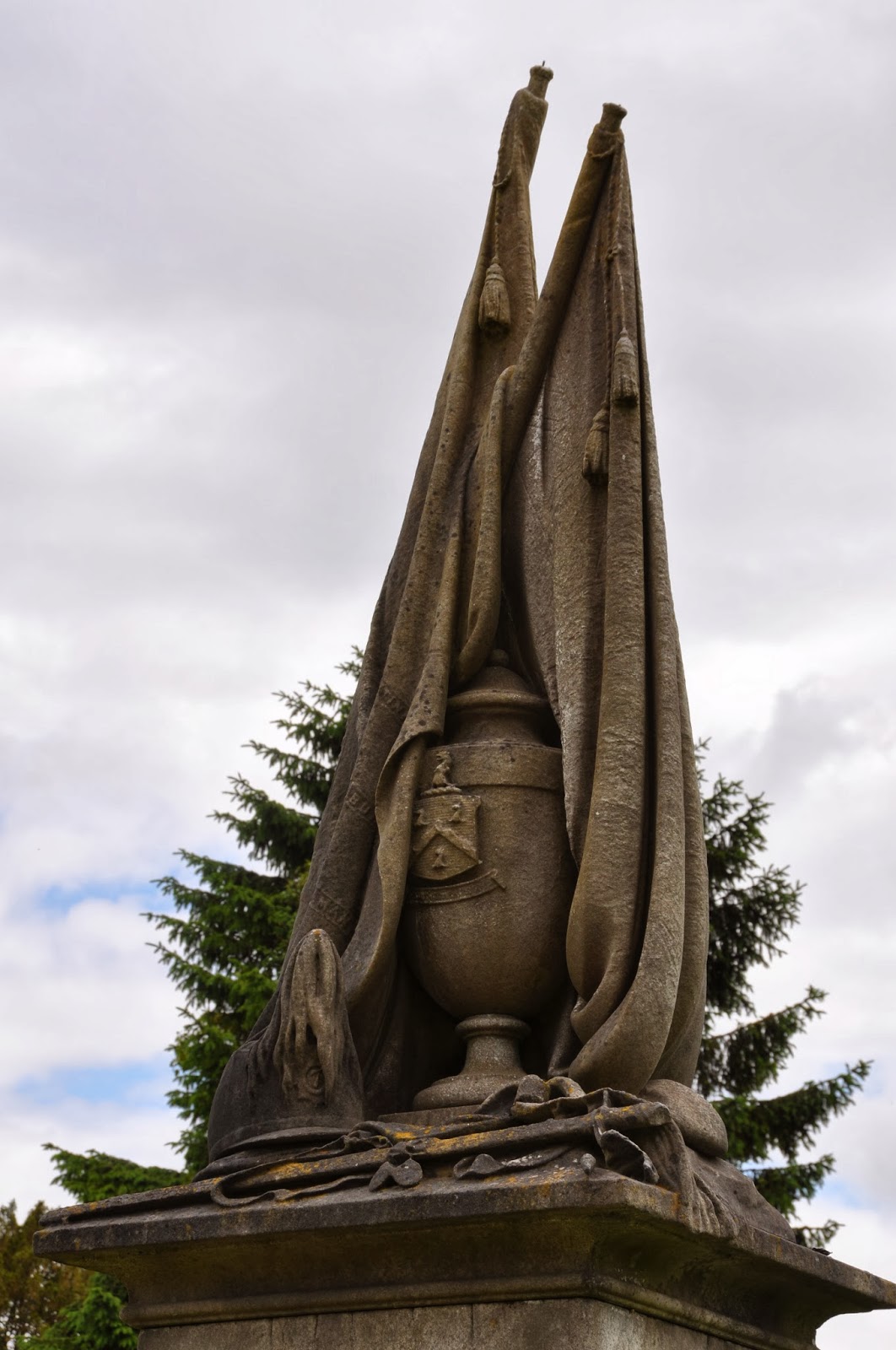 Six of Undercliffe Cemetery's memorials have Listed Building status and one of those is to William Mawson. He was an architect of the Mawson and Lockwood practice which designed Bradford's Town Hall, Wool Exchange, the Saltaire Mill and village and Feversham Street School, to name but a few. Mawson died on April 25, 1889 aged 6. His listed monument is a granite obelisk on a pedestal to one side of the cemetery's main terrace.

The cemetery stands on a hillside overlooking the City of Bradford and Wikipedia records it as containing some very impressive Victorian funerary monuments in a variety of styles. It is a notable example of a Victorian cemetery where a number of rich and prominent local residents have been buried, notably mill owners and former mayors. Undercliffe Cemetery has been grade II* listed by English Heritage in their register of Parks and Gardens of Special Historical Interest in England. 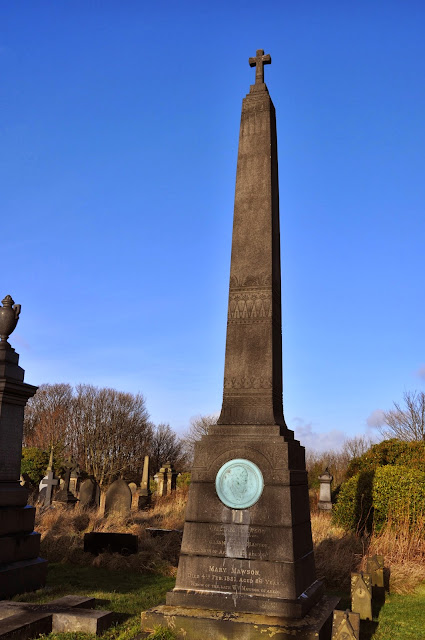 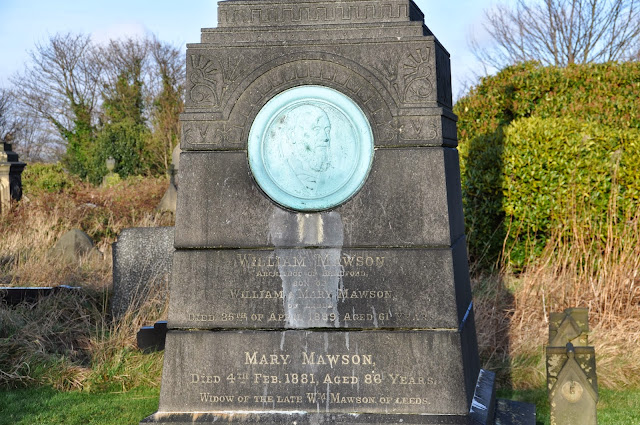 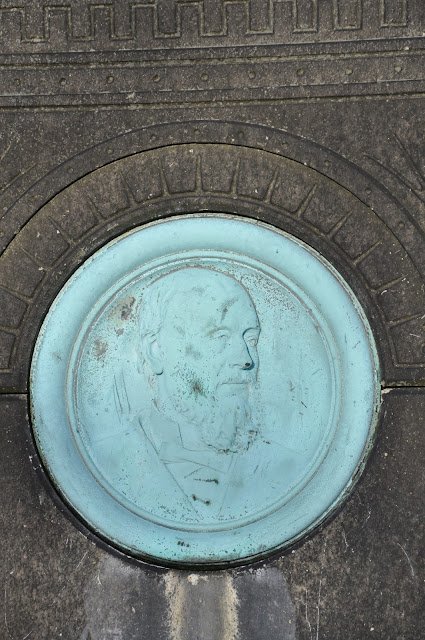 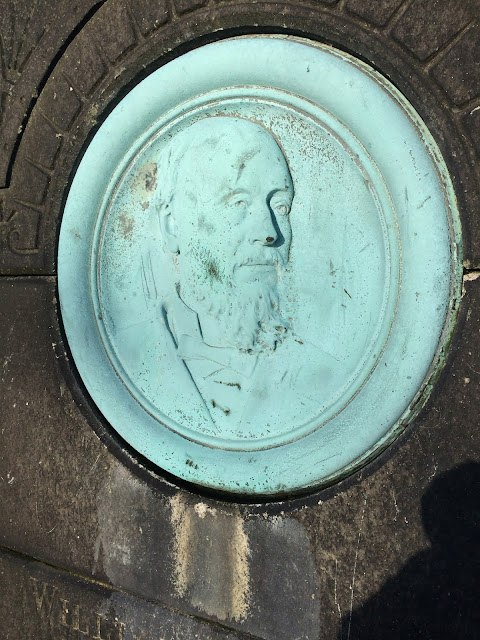 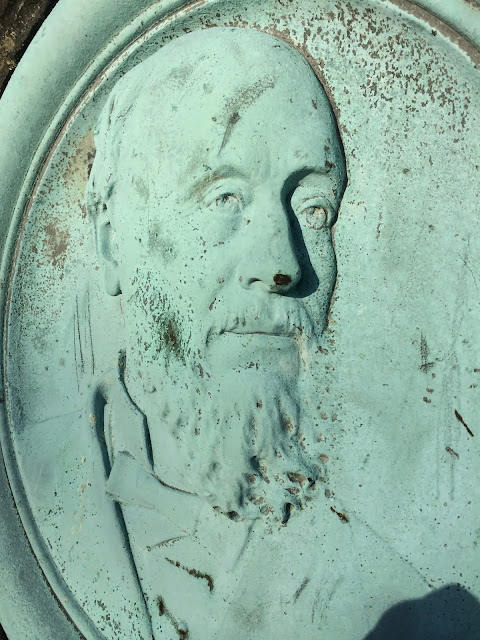 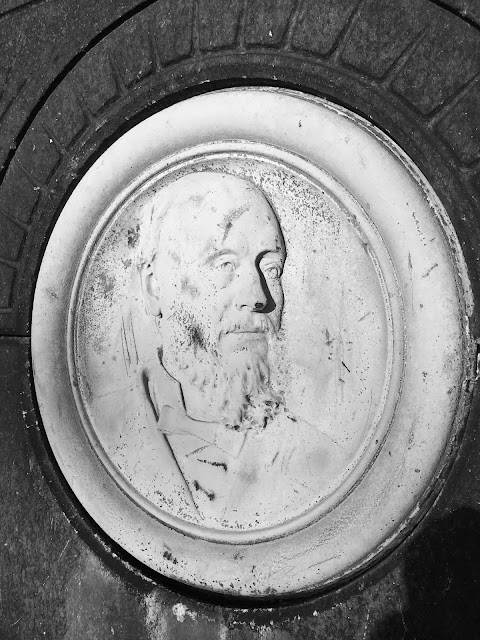 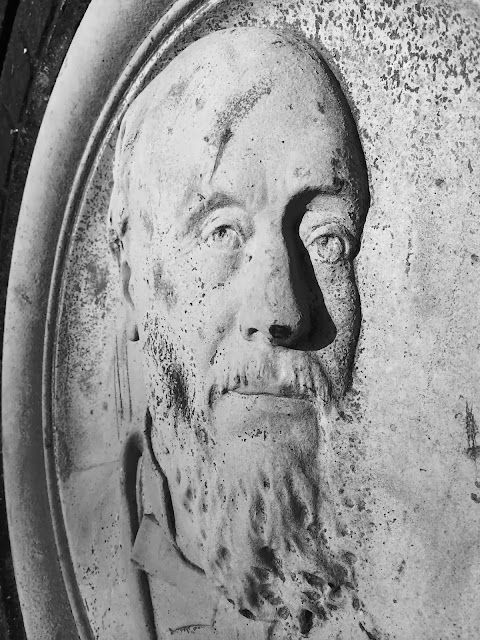 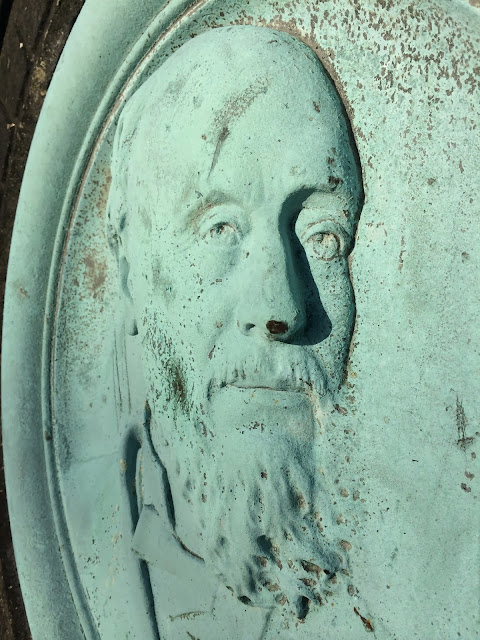