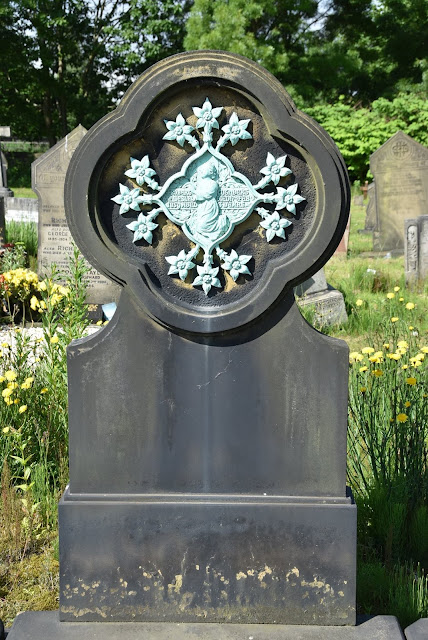 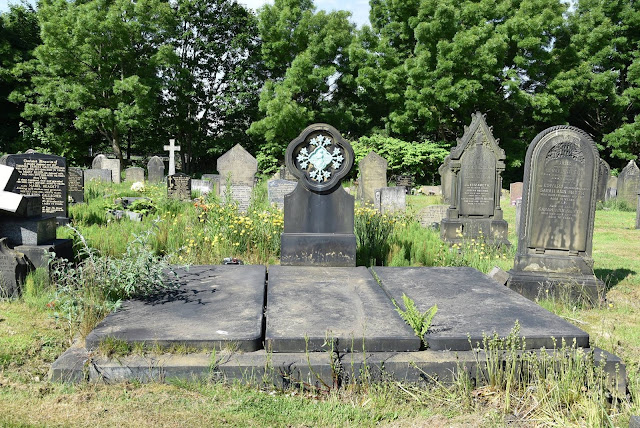 An Ornate Grave for an Oldham Mechanic

When making my first visit to Chadderton Cemetery in Oldham, I came across this very ornate grave marker. It commemorates Thomas Palmer who died May 25, 1864 in the 54th year of his age and his wife and children. The only reference I could find to him was a Census Return of 1851 when his occupation is listed as Mechanic and a report of his burial in the Bury Times: 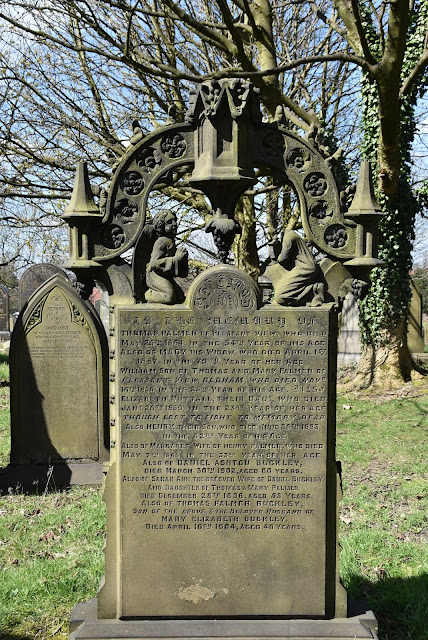 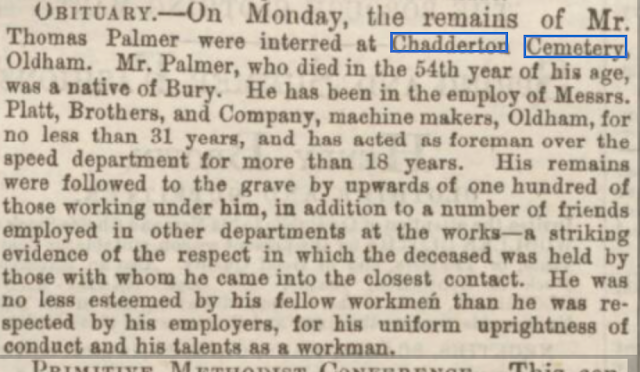 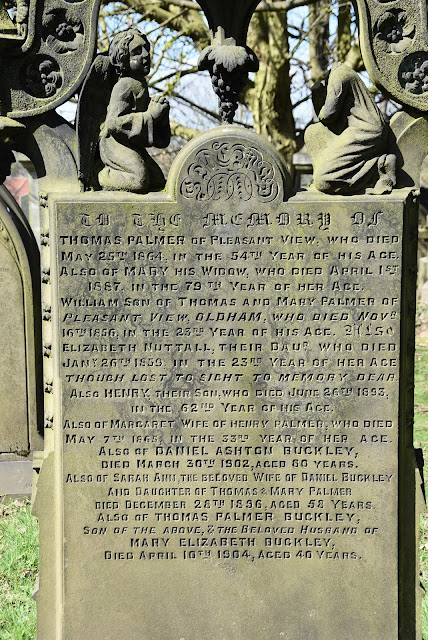 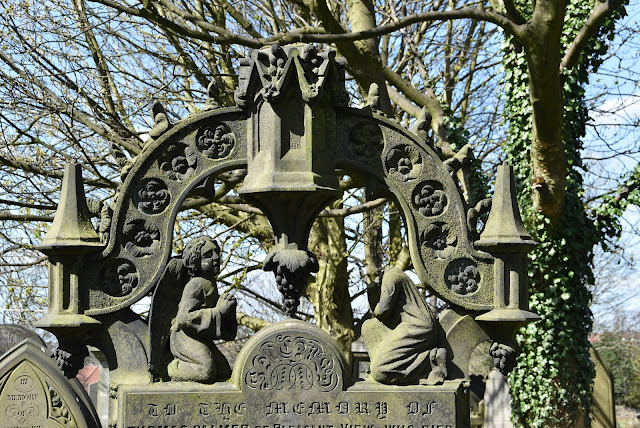 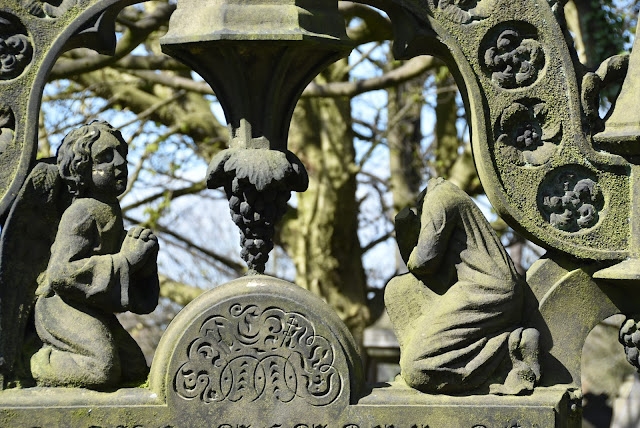 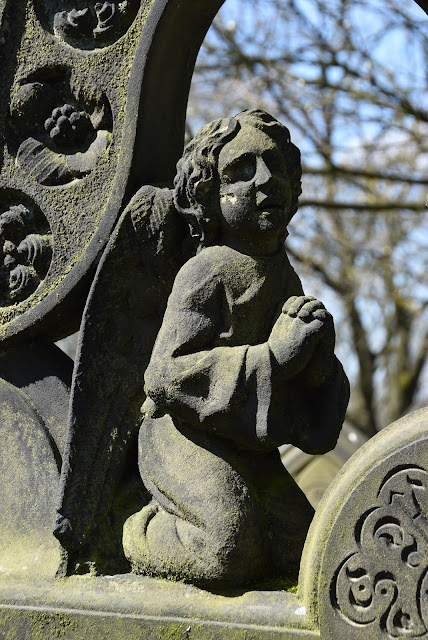 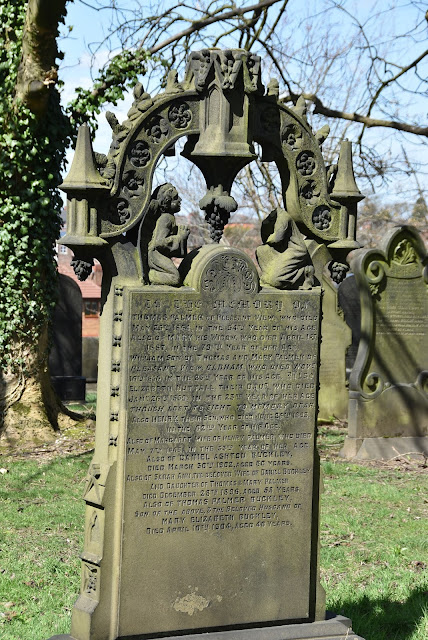 While looking through another box of In Memoriam Cards, I found a number of letters informing friends and relatives about a death. This is probably the saddest.  Reading between the lines, it must have been an horrific time for the parents. I must do some detective work and try to trace the last resting place of little Nellie. I haven't transcribed the letters as the writing is quite legible. Remember to click on an image to enlarge it: 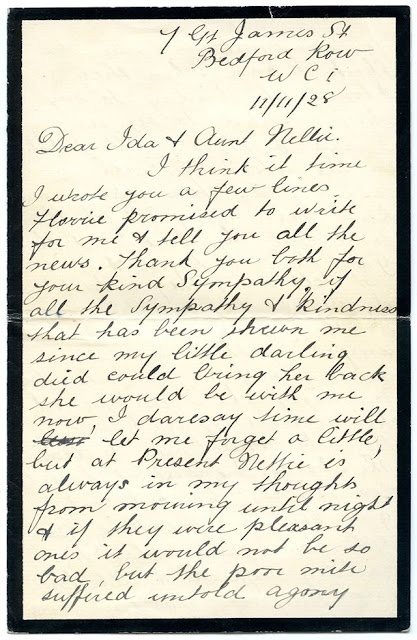 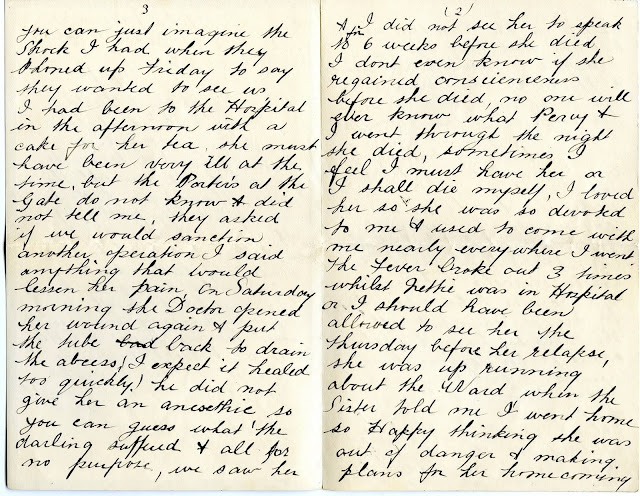 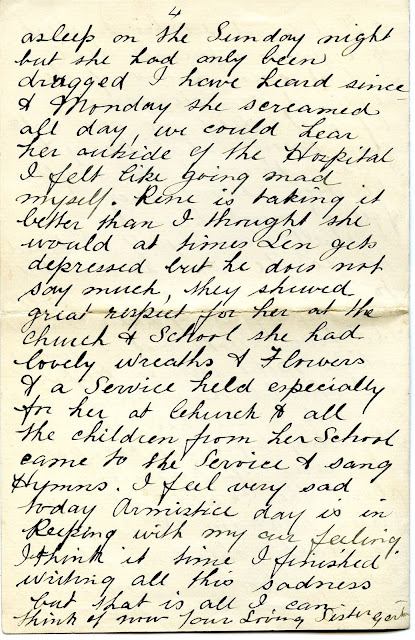 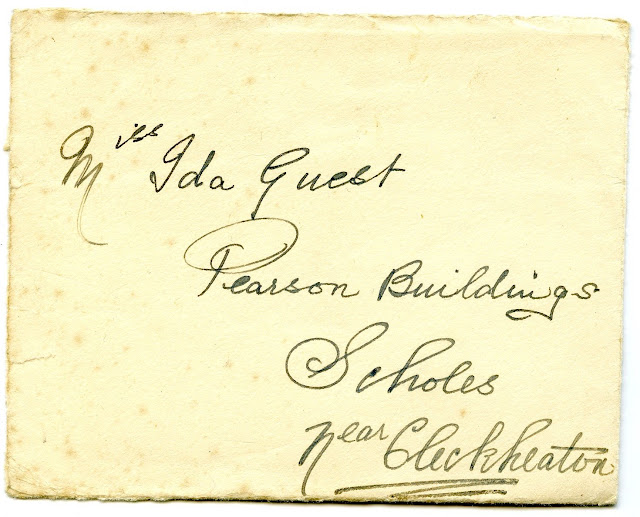 A very large In Memoriam Card for Brixham fisherman John Pillar who died in an horrific accident at sea. It proved an awful ordeal for his young nephew who had been taken along for the trip. 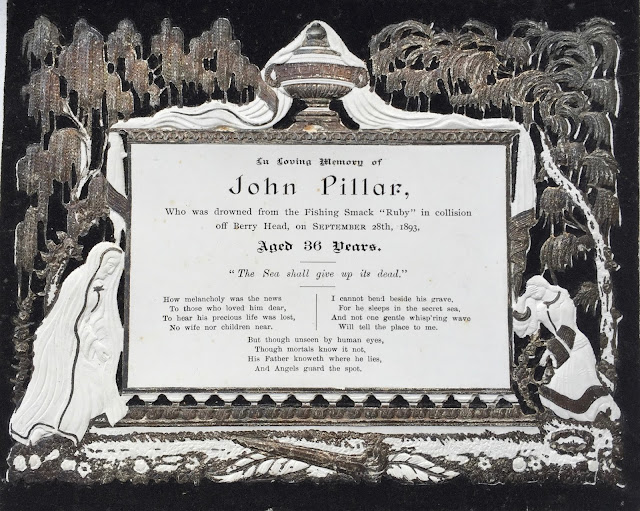 THE LOSS OF A BRIXHAM TRAWLER. LAD'S STORY.
In our issue of Saturday last we gave an account of loss of the Brixham Trawler" Ruby " in consequence of having been run into by the German barque " Esmeralda." Since then the vessel has been picked up by the steam trawler Desideratum "and towed to Hull.

The telegram announcing the arrival of "Esmeralda" with two of the trawler crew at Portland on Friday last, stated that there were hands drowned. As the owner only knew of four hands being on board the Ruby, this was thought to to be wrong, but it has since transpired that J. Pillar, the second hand, who was drowned had taken his nephew William Lill, a lad of twelve years to sea with him. for a trip. The lad was found on board the vessel when she was picked up and yesterday returned from Hull.

Being interviewed he states that his uncle, seeing the collison was imminent, said to him "jump and try to get on board the vessel and I will do my best and try to save you." He got into the boat wbich was lying on the deck just as the the ship struck them. He saw the masts, sails and all the gear fall over the side and jumped for the colliding vessel, but was struck by something and knocked back again, lying stunned for a moment. Recovering, he saw his uncle in the water who cried Help, rcpe, rope." He ran to get line and threw it, but it fell short. He then threw life bouy, whioh was also missed, and his uncle sank. He went below and found he could not set the steam pump to work, and seeing the water was getting low in the boiler. He raked out all the fire and let the steam off through the ejector.

About two hoars after the collision he saw the lights of a steamer coming towards him, and fearing that the steamer would run over him, he showed a red flare, which caused the steamer to alter her course, passing under the Ruby's' stern. He kept pumping with the hand pumps from the time of the collision until he was taken off by tbe steamer Desideratum.

On Friday morning about 7.30 o'clock he sighted the steamer and did all could to attract her attention, and he was taken on board shortly after eight. The state of mind of lad 12 or 13 years of age who had seen his own uncle drown and did not know if all the four hands had met with the same fate, can be belter imagined than described, and then the cool pretence of mind in the lad to go down and draw the engine fire and so prevent boiler explosion when found he could not work the engine, is most commendable.

He says, "I felt so fatigued and disheartened I went below and gave it up, then I thought that would never do and after ten minutes I went on deck and stood by the pumps." On board the steam boat he was kindly treated and given warm food. The lad states that during the night the wind was very high and the seas at times going right over the vessel.