Just three examples of differing styles of Welsh headstones. This trio was captured in St David's cemetery,  Pembrokeshire. Some of the stones next to some trees are absolutely covered in Lichen. 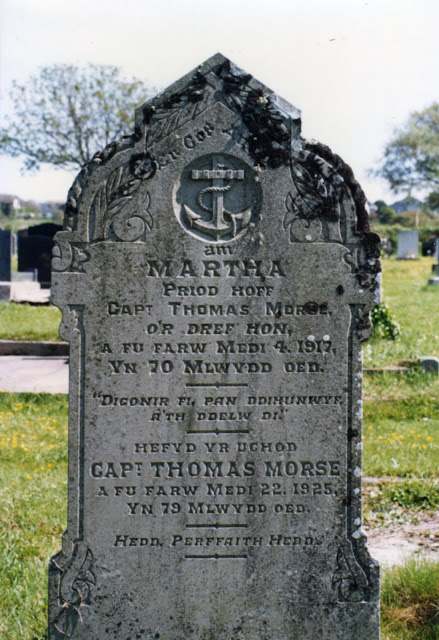 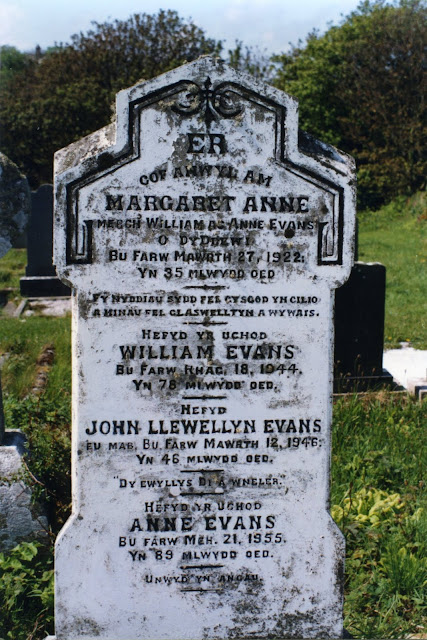 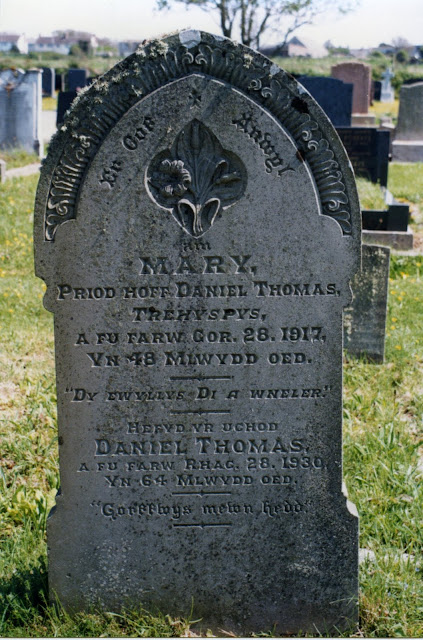 This striking monument to Ethel Preston can be found in the Lawnswood Cemetery in Leeds. The grade II listed structure dates from 1911. Made from Italian marble, it has a life-size statue standing under a porch which is said to be a replica of the entrance to The Grange - the home she shared with her husband Walter. At the back is a pair of black marble doors stand ajar. 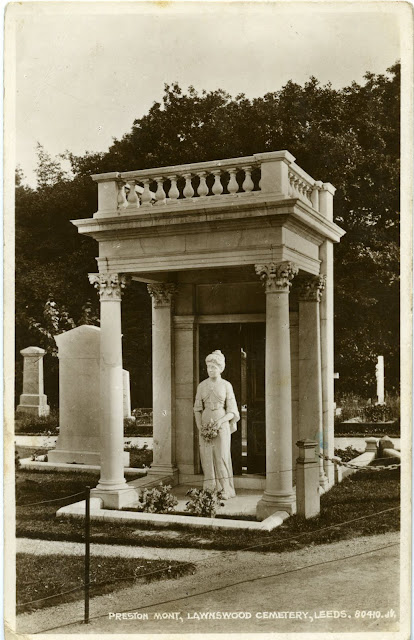 Some years ago, I finished an assignment in Gibraltar and took a short break with my partner in Spain. Our aim was to drive north along the west coast to try and find the grave of 'The Man Who Never Was' - a body that played a part in one of the biggest deceptions of the Second World War.

Along the way, I noticed a walled cemetery and went to investigate. The cemetery was locked but a sign above the gate recorded that it was established in 1930. Walking around the perimeter, I came across a structure that had once contained the remains of a handful of people who, for one reason or another, could not be buried inside the cemetery. The covers had been broken and the coffins removed.

Imagine my surprise when I realised one had very recently been opened. The coffin lay exposed and its top had been broken apart. The bones remained, the remains of a shroud was visible and the skull lay by the feet. I quickly realised that whoever was responsible did so with the intention of robbing the remains of any jewellery worn by the deceased.

I then heard an eerie noise. It became louder and more high pitched and I look round to see my partner in some hysterics. She had been looking at something on the ground, a few feet away, and had realised, with immense discomfort, that it was a long plait of hair that must have belonged to the deceased. Remarkably, the hair looked perfect and undamaged. Perhaps it had been moved by the grave robber(s) so that an ornament could be removed from it?

Yesterday, I found a quantity of black and white negatives and contact sheets which included these shots of the scene. I did photograph, in colour, the scene in much more detail, but I have yet to find them. When I do, I will post them here.

I thought this memorial in Anne's Hill cemetery in Gosport was rather unusual. A heart mounted on an anchor, above a base of rocks. Note the length of rope. Its significance can be seen on the reverse of the memorial, where it is used to tie the items together. A very intricate piece of stonework! 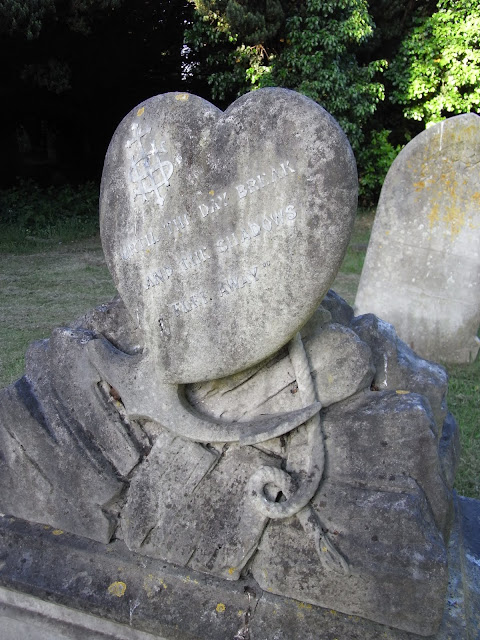 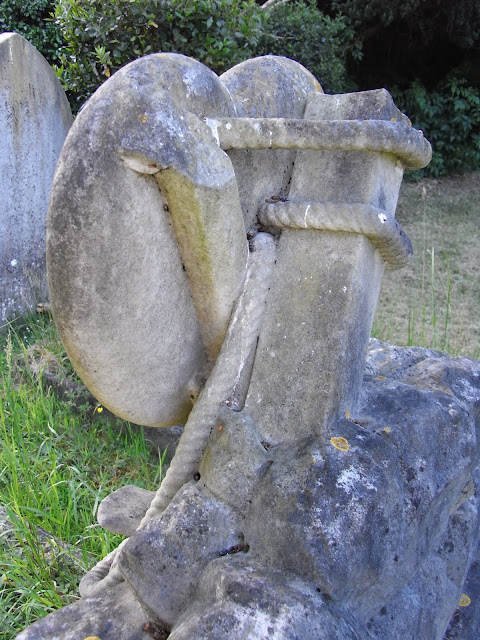 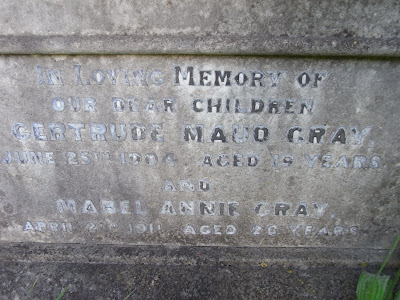 Roadside memorials are a big thing in the central America country of Belize (formerly British Honduras). As I drove round the country, they seemed to be everywhere. Some were quite ornate. Here are just two examples. Quite bizarrely, the victims shoes or sandals were often left neatly on the verge. 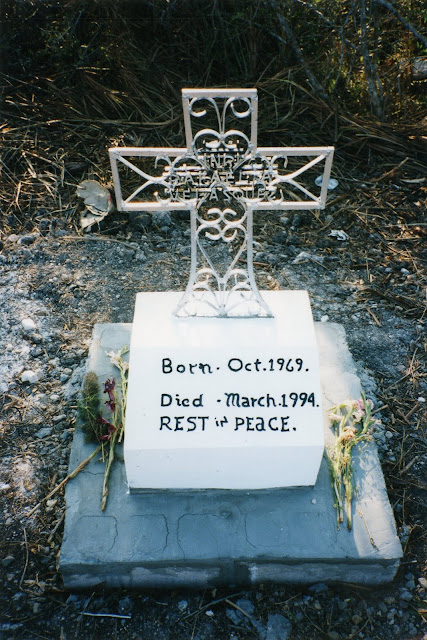 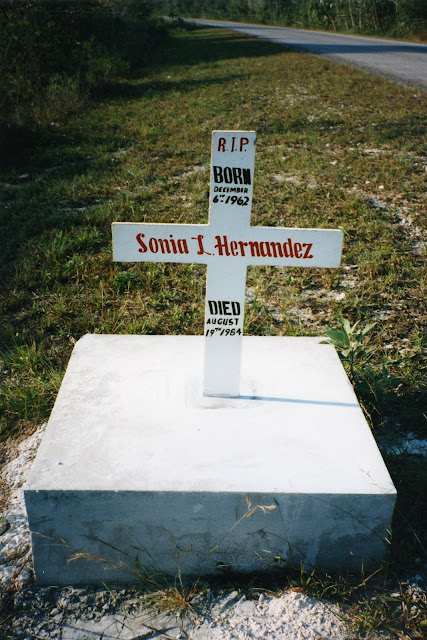 The Immaculate Heart of Mary

Mary can be seen, here, displaying it on this gravestone in St John the Evangalist church yard in Kirkham, Lancashire. There are several symbolic variations of the heart but, in this example, a band of roses surrounds, flames are coming out of the top and rays are emitted to its lower right. Note the sword that has pierced the centre of the heart. It is a reminder of the sorrows felt by Mary through Jesus' life. Evidently, at the presentation of Christ in the Temple, Simeon informed her that a sword will pierce her heart.

That said, the events commemorated by this gravestone certainly must have broken the hearts of the parents, John and Ester Moxham of Preston, Lancashire. Of their children, Ann died in 1871 age 3, Margaret in 1874 age 5 and Mary in 1889 age 4 years and 7 months. 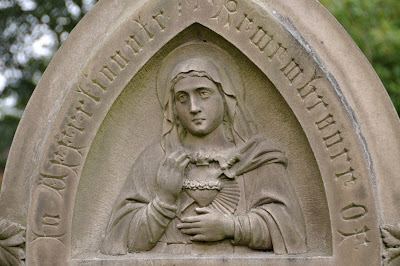 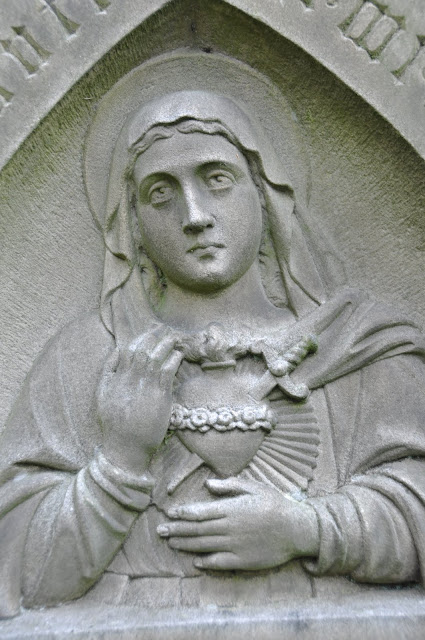 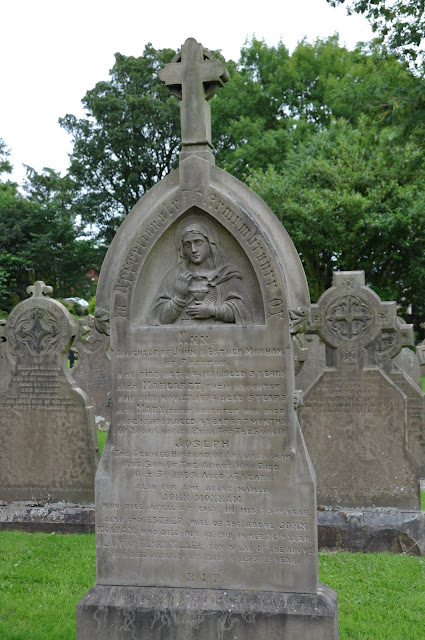 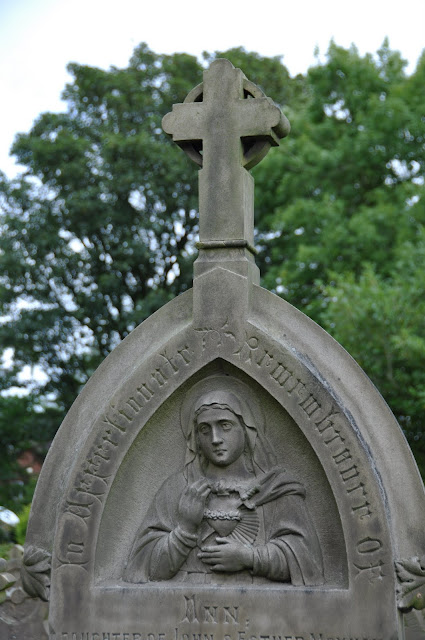 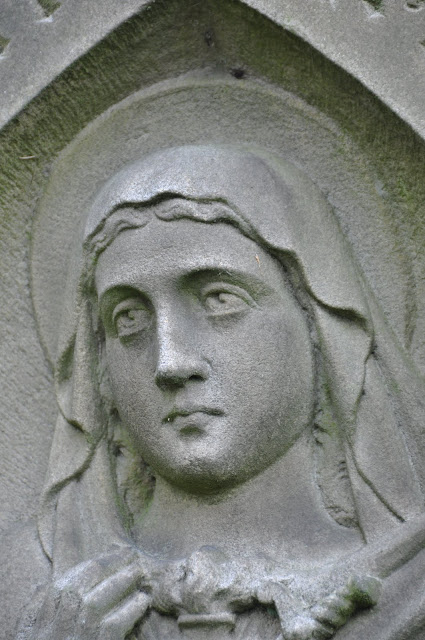 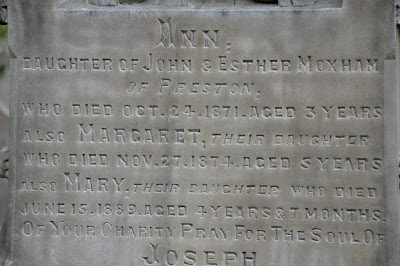 Email ThisBlogThis!Share to TwitterShare to FacebookShare to Pinterest
Posted by Laurie at 23:39 No comments: