Here are two of number of Second World War official photographs that I purchased at militaria fairs during the past forty years. This pair have an uncommon subject - depictions of American war dead.

The first is captioned 'American Dead on Beachhead, France' and was passed for publication by the US Army Press Censor on June 26, 1944. The caption reads:

These American assault troops died in their attempt to storm across a narrow strip of beach on the northern coast [of] France to the comparative safety of a chalk cliff of [sic] a few hundred feet from the surf. 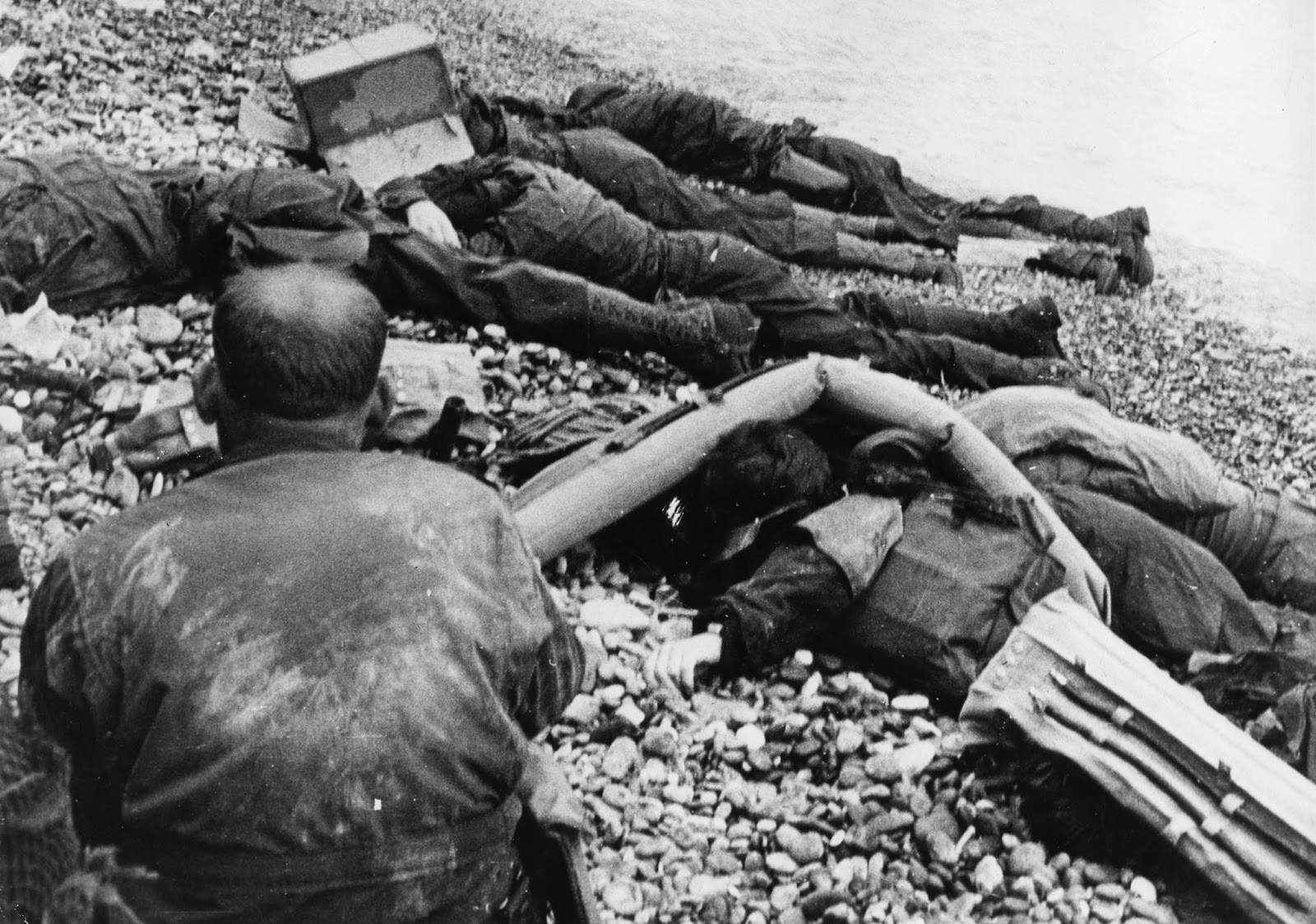 American soldiers killed in action fighting for the liberation of France lie stretched out at a temporary graveyard in Normandy. The bodies are swathed in sheet and grave markers bearing the names of the soldiers rest on top of the corpses. After this war, the bodies will be removed from the temporary graves and transported back to the United States or to permanent cemeteries in Europe. In the first ten days after the Allied landings in northern France June 6, 1944, US Forces suffered 15,883 casualties including 3,283 known dead. 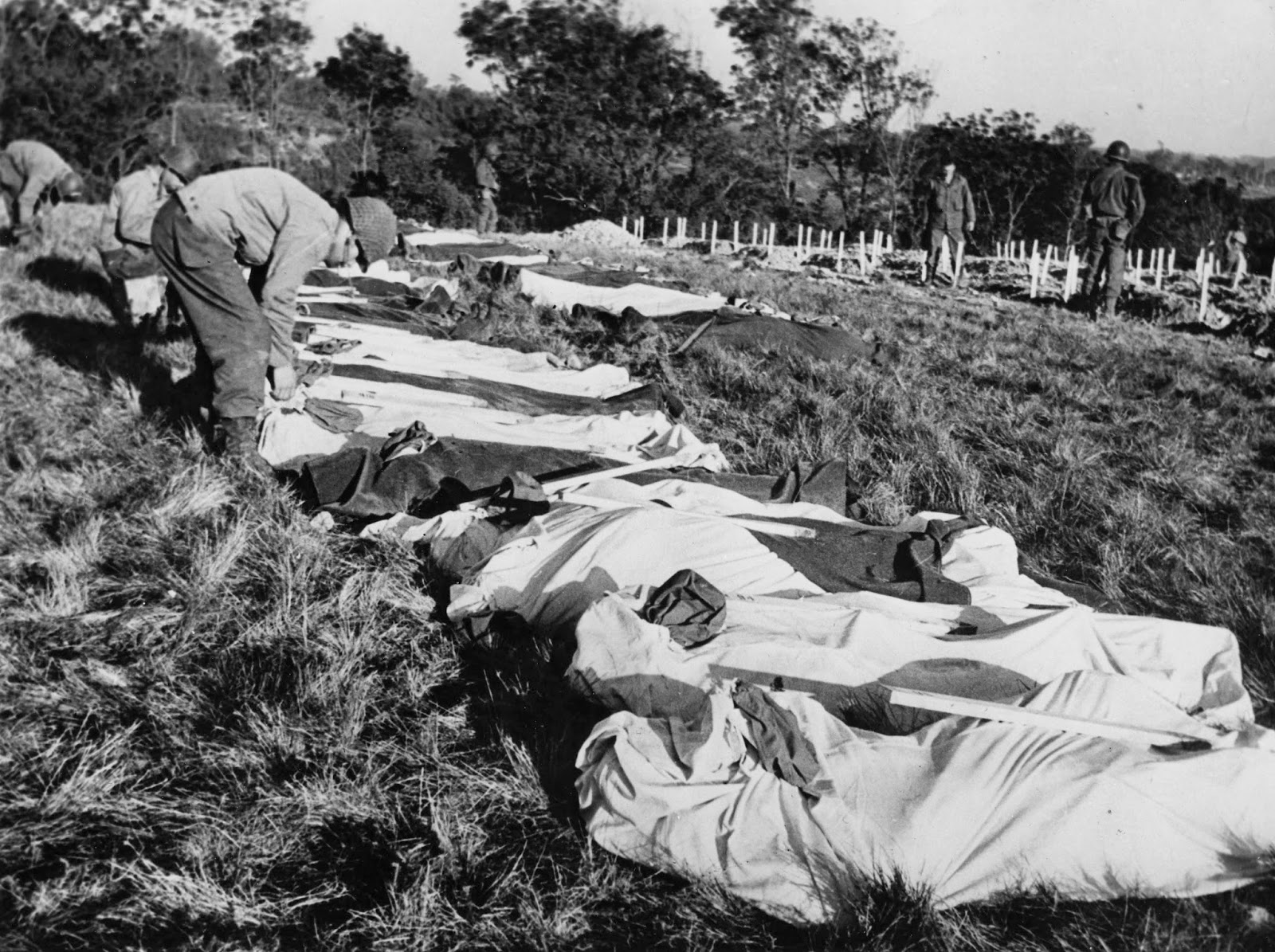