Earlier this year, I visited a cemetery in the north of England which was said to contain a small garden of remembrance to the patients who had died while being guests at the County Asylum. Evidently, four statues stood at a cardinal compass point and were named by the seasons.


What I saw sickened me as I did not know that the memorial had been trashed by vandals. In 2008, vandals destroyed the magnificent garden of remembrance memorial, including its four statues - fragments of which lie on the ground - other parts lie in a heap of rubble next to one of two chapels - equally badly damaged. Two halves of a stone font that was toppled and broken in two lie next to the other chapel. It upsets me every time I look at the photographs.


My research revealed that a number of local youths were later charged by the police, but I can find no record of their sentencing.

It is know that 995 former patients were buried here - each marked by a memorial or headstone - but, after the local health authority sold the cemetery to developers in 1993, the headstones were taken away. I am still trying to discover what happened to them, but it is likely they were broken up for crazy-paving or crushed for use as hardcore. Three headstones escaped this and lean against a boundary fence alongside. I just cannot fathom why historic headstones could be disposed of like that. What a terrible thing to do!

The developers had the idea of using part of the area for woodland burials and renamed it Ribble Valley Remembrance Park. It has since been sold on.

Beyond the mostly barren plot, lies the Whalley (Queen Mary's Hospital) Military Cemetery. During the First World War, the 2,000 bed Queen Mary's Military Hospital was housed in the County Asylum at Whalley, remaining there until June 1920.

Here is a link to my Flickr set showing all the photographs I took that day - click HERE. 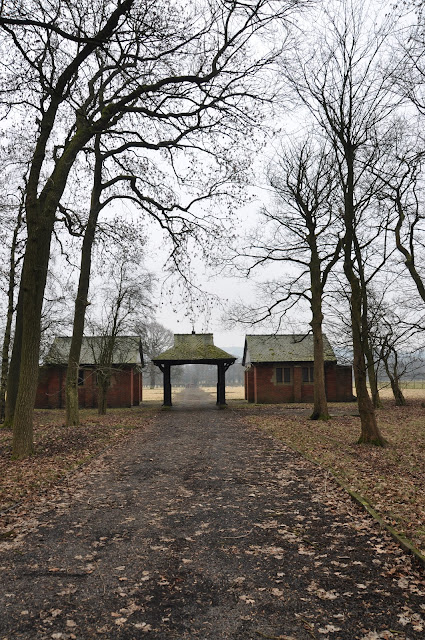 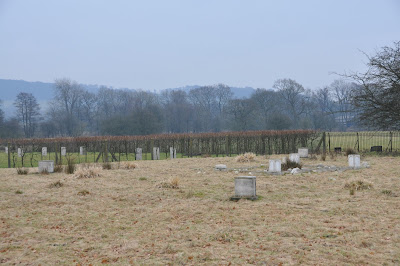 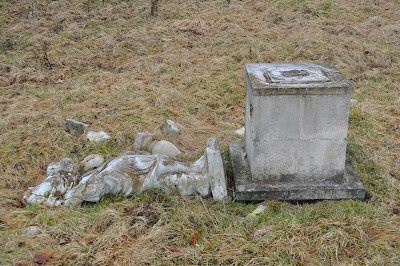 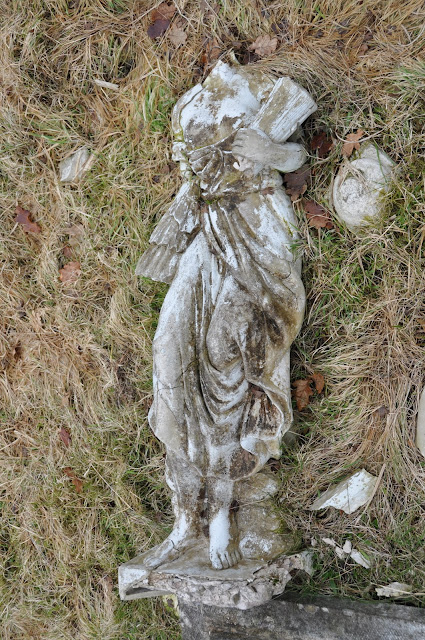 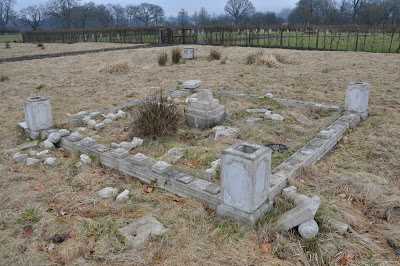 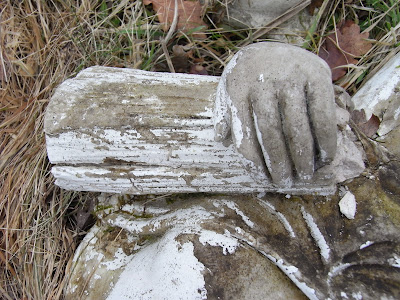 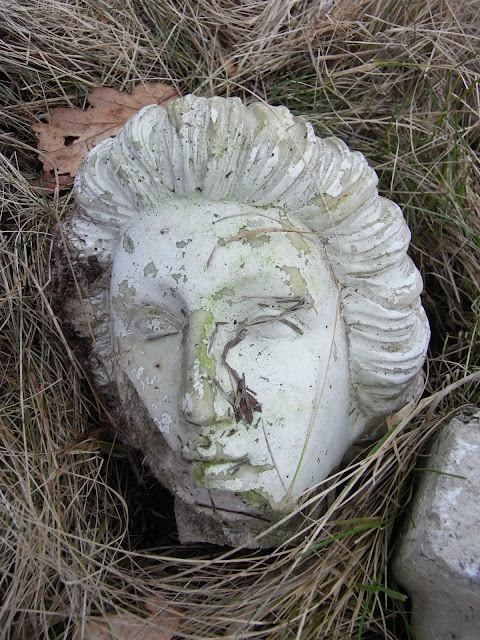 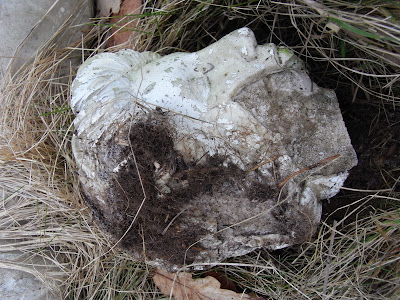 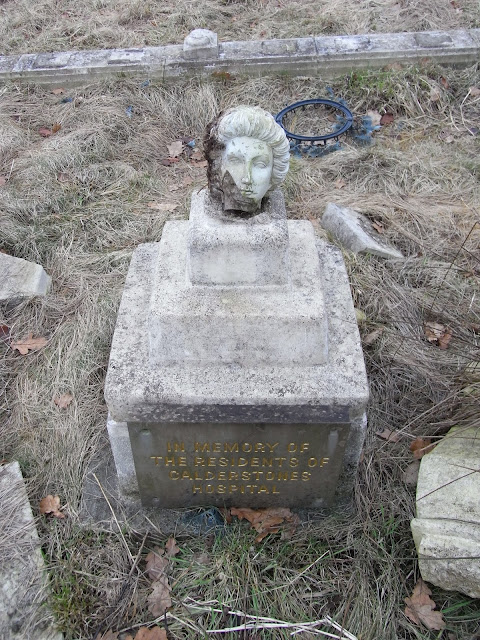 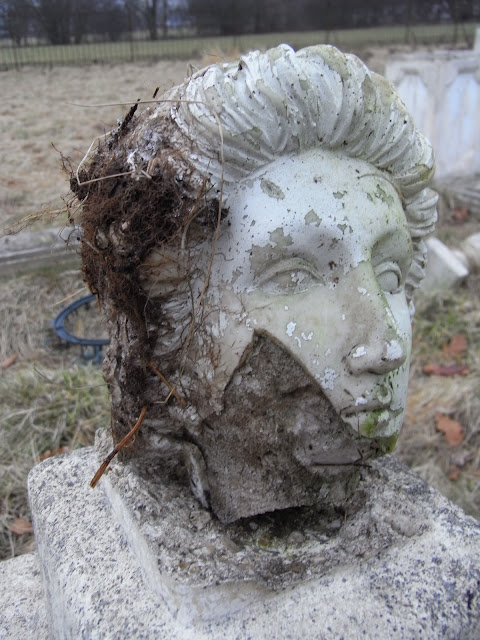 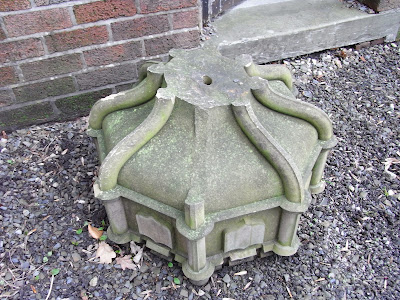 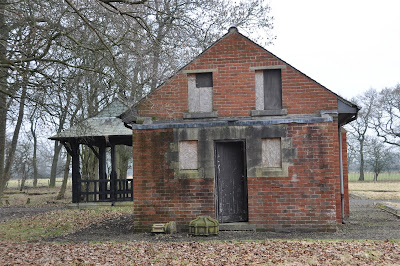 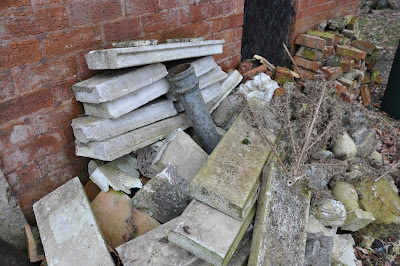 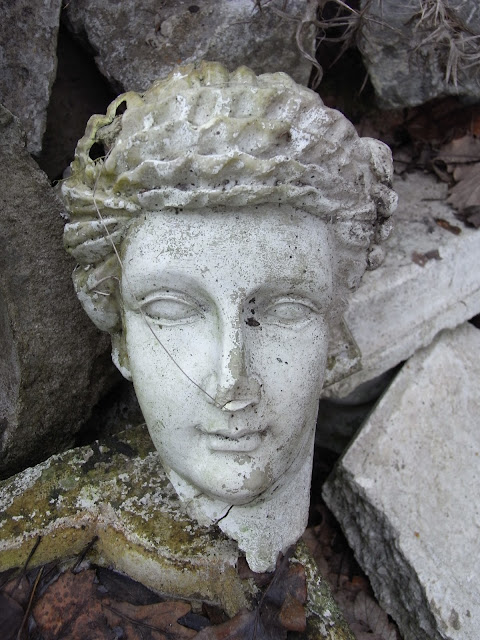 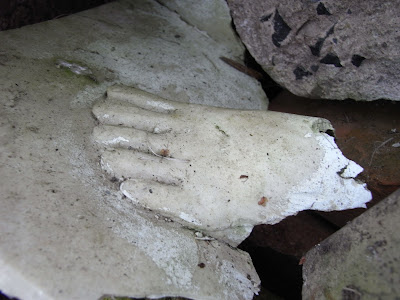 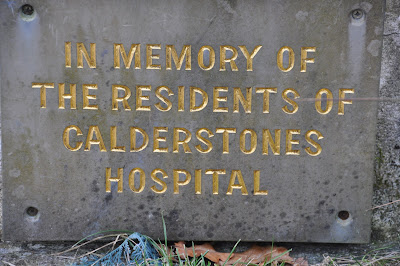 He Cometh Up and is Cut Down like a Flower. Oh how sad that the face of this headstone has eroded so much. Those around it were unaffected. I wonder what caused it?

A few posts ago I mentioned I would do an extended post about the destruction of a cemetery by vandals. While in the process of writing it, I found two short pieces of video that I took and thought I would share them here. The full  article and images will appear here in a few days

An unusual memorial in Scotland is that to those who died in 1917 when the steam-propelled submarine HMS K13 sank in Gareloch during sea trials. She was carring 80 people - 53 crew, 14 employees of the shipbuilders, five sub-contractors, five Admiralty officials, a River Clyde pilot and the captain and engineering officer from the still-completing K14. 32 crew died in the accident and 48 were rescued.

An account of the accident can be found HERE

The K class submarines earned the nickname of Kalamity class as they were involved in many accidents. Eighteen were built. None were lost through enemy action, but six sank in accidents. 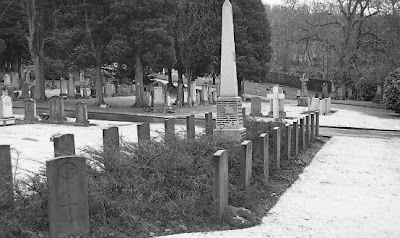 According to the author of London's Necropolis, John M Clarke the Pelham-Clinton memorial  is probably the most important in the cemetery. The statue group depicts a grief-stricken man crouching over the corpse of a woman,with one hand cupped behind her head. Above them, her angelic form soars heavenward, wings outspread and her face turned back with an expression of great  sympathy.

The sculpture is called Into the Way of Peace and commemorates Matilda Jane Pelham Clinton (1825-1892) who was married to Lord Edward Pelham-Clinton. She served in Queen Victoria's private household. A bronze inscription plaque was stolen some years ago. Her husband was the only non-Royal to attend Victoria's funeral in 1901. John Clarke records that the new King asked Pelham-Clinton to scatter earth on the late Queen's coffin.

Brookwood Cemetery in Surrey opened its gates in 1854 and was said to be the largest burial ground in the world when it opened. It contains around 250,000 burials. One of the most impressive memorials in Brookwood is to the memory of Lady Mary Laura Wyatt who died in 1900. The  statue is said to be a likeness of the deceased who is depicted standing and reading a book. Her husband, Sir Richard Henry Wyatt died four years later from injuries and shock after he accidentally set his clothes on fire at his home.

The Graveyard Detective now has a fan page on Facebook which can be found HERE.
Posted by Laurie at 12:30 No comments:

This image is taken from a collection of French glass plate negatives taken between 1910 and 1920. It is possibly somewhere in the Loiret. Note the really ornate decorations behind the impressive grave. To the left (top) are the words A NOTRE AMI. Further (below) are three words, the middle of which is CAMARADE. I take this to mean Comrade, so perhaps a military person. The words on the slab reveal the name of the deceased is Ravise and the inscription on the front of the memorial is famille Ravise-Requis. Sadly, I can read no more - perhaps someone with better eyes can read more of the top of the slab? Two clicks on the image will give you an enlargement of the photograph. 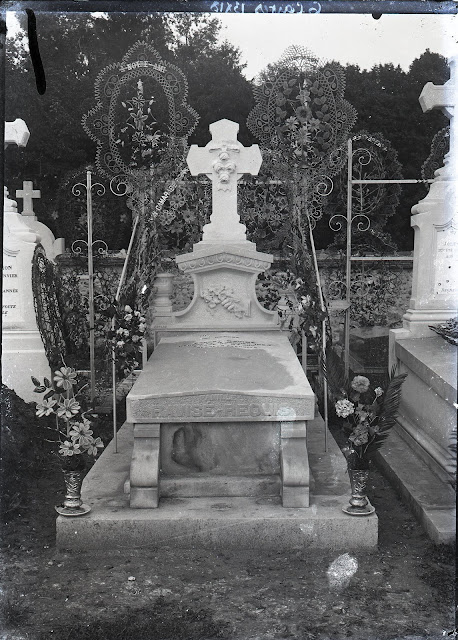 In Chorley Cemetery, an angel scatters blooms that she has collected in her garment. When I saw this, I thought someone had slipped a charity wristband on her. A closer look revealed that her hand must have broken off and someone had used a thick layer of gum to stick the hand back on. The memorial records:

In loving memory of Matilda, wife of James Ollerton, who died January 20, 1898 aged 45 years - Not Lost But Gone Before. 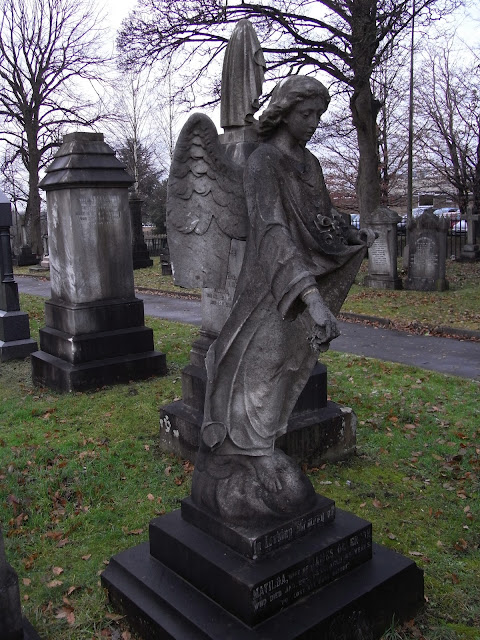 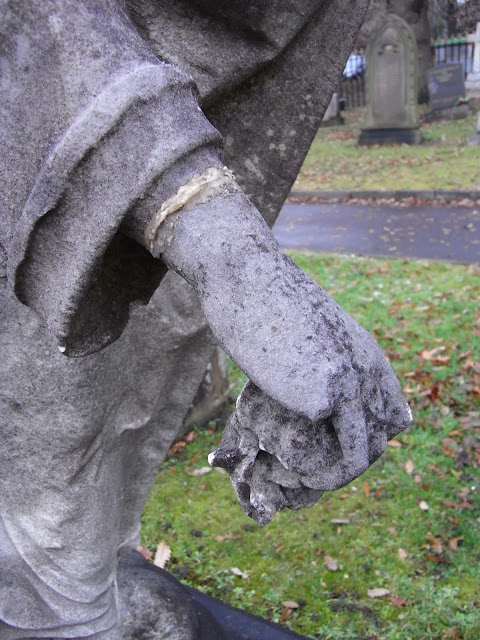 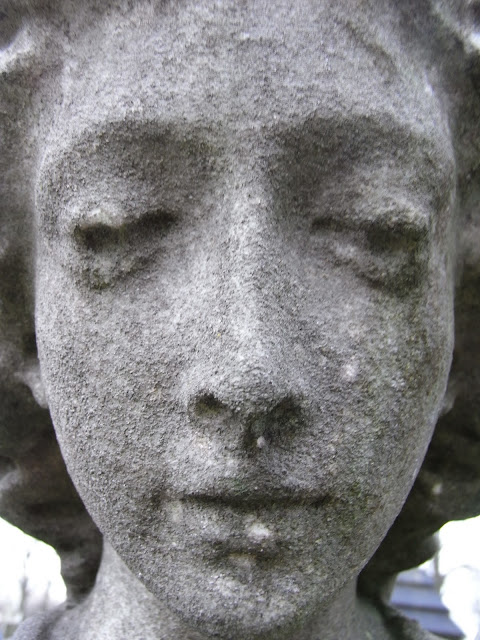 Catacombs, West Norwood Cemetery, April 2010 - Derelict Places
This is worth a visit. The site records a number of cemeteries and catacombs. I was impressed by the headstones resting against the wall behind the coffins!
Posted by Laurie at 00:27 No comments:

American Headstone - On the other side.

A couple of weeks ago, I published a photograph of a headstone bearing the name of John E Gibbs. Amazingly, I have purchased a glass plate negative of the headstones on the other side of the ivy clad building! It features a number of Pickens family graves. The pair to the right are Asa Pickens who was born in Freetown, Bristol, Massachusetts in 1797 who died in 1883 aged 85 and his wife Sally Cummings who died in 1868 aged 65. The curious headstone to the left marks the grave of George Picken who died in 1912 and his wife Mary B who passed away in 1909. I say curious as the headstone has blank stone rectangles for the dates of death to be carved out of. Does this mean they were far from dead when this photograph was taken? 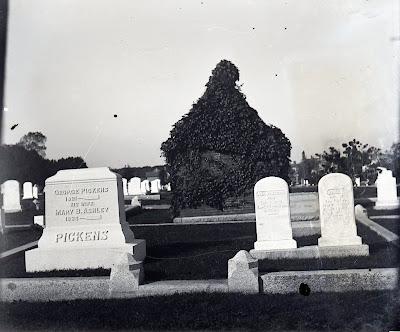