In 1945, my Mother was at the Cinema and the house lights went up. The manager announced that a film was to be shown in cinemas across Britain. Children in the audience were taken out to the foyer by staff while the film was shown. According to my Mother, the audience was sobbing loudly. I am not surprised. This is the film she saw.


In 1970, I visited Belsen Concentration camp with some young soldiers. At that time, it was said that birds avoided the area. It was surprisingly quiet. Twenty years later, I visited the area again and stayed for a couple of days in the Army camp where the survivors were treated. I also viewed footage of the liberation and clear-up. Totally awful! Here is footage of the liberation of Belsen:

Variations on a Theme

I found an opportunity to visit a beautiful small Roman Catholic graveyard just ten minutes drive away at Ribchester. It is in the Manor of Stydd and adjacent to the Church of St Peter and St Paul's. The church is a early 'barn church', built to look like a barn to disguise it's true purpose. 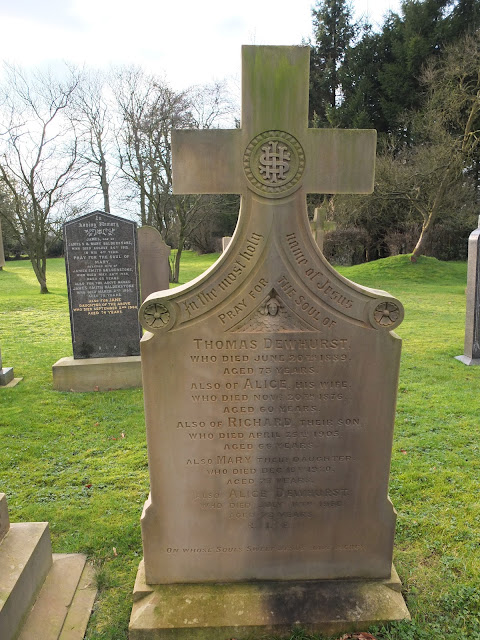 Victims of the London Blitz

This in memoriam card commemorates the death of two children killed in the London Blitz. Their home was hit by a bomb dropped by a German aircraft. Jean (10) and Barbara (5) Strong died at 9 Douglas Road, Tolworth on 28 July 1941. Their parents survived. Jean and Barbara are buried in Surbiton Cemetery.

Not everyone realises that the Commonwealth War Grave Commission's Debt of Honour registers includes the names of the Civilian War Dead and a downloadable commemorative certificate is available. I have included them here. Of the many civilians of the Commonwealth whose deaths were due to enemey action in the 1939-1945 War, the names of some 67,092 are commemorated in the Civilian War Dead Roll of Honour, located near St George's Chapel in Westminster Abbey, London. 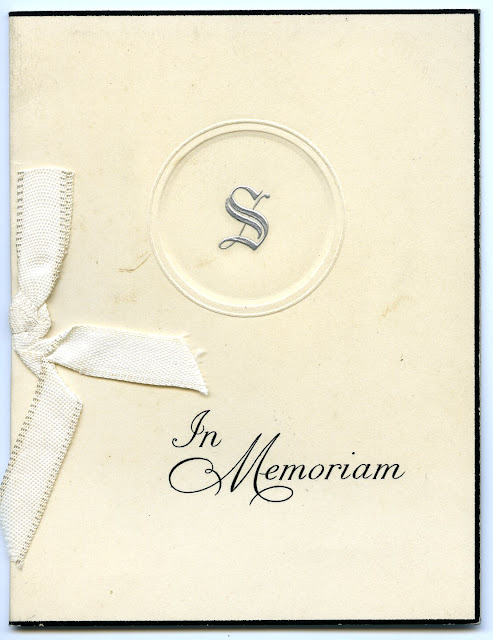 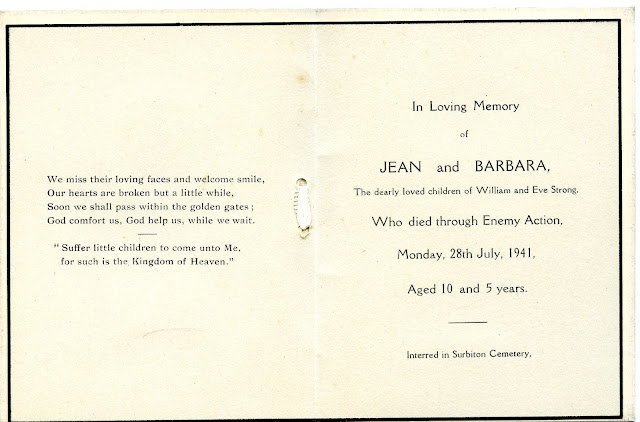 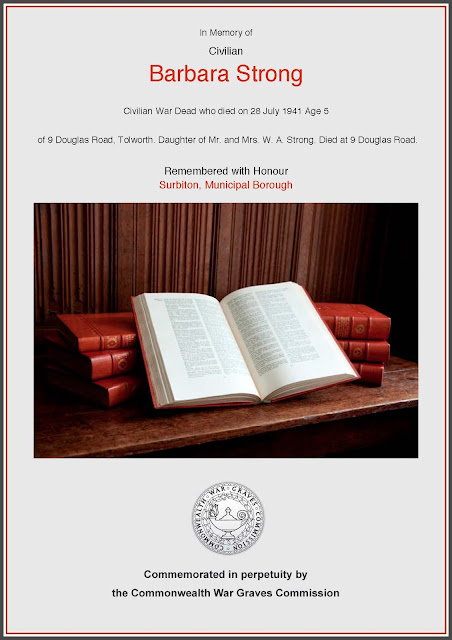 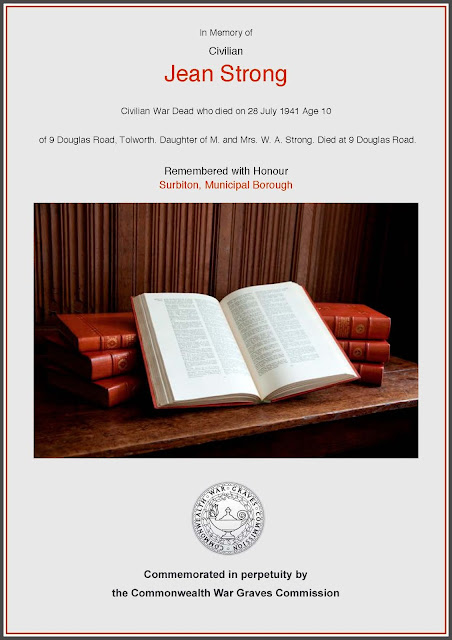 I acquired this in memoriam card just before Christmas. It is the first time I have come across one of local interest to where I live. William Sugden lived in Longridge and was buried in Knowle Green Cemetery which is just a couple of miles from my home. The grave was very easy to find as the modern graves seem to be in strict chronlogical order. Imagine my disappointment when I discovered the lettering on the headstone virtually illegible. Peculiarly, as I tried to work it all out, I noticed a 'message' on the stone - I AM SUGDEN. I realised it was what remained on the words William Sugden. Next time I visit, I'll try to do a rubbing to get the full inscription. 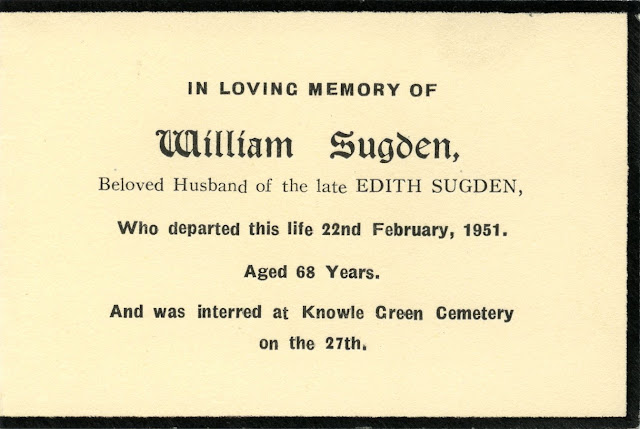 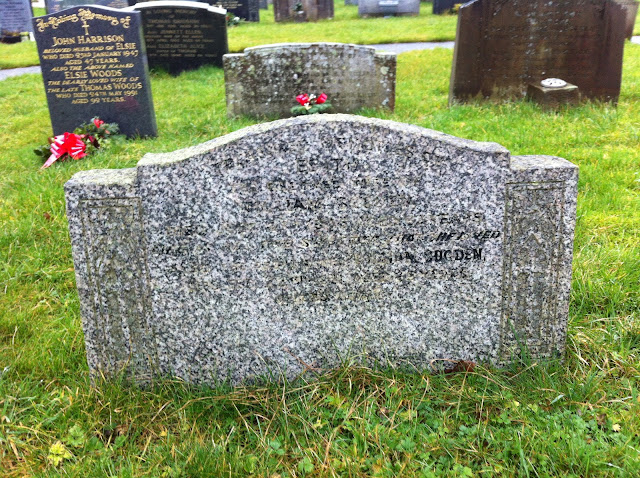 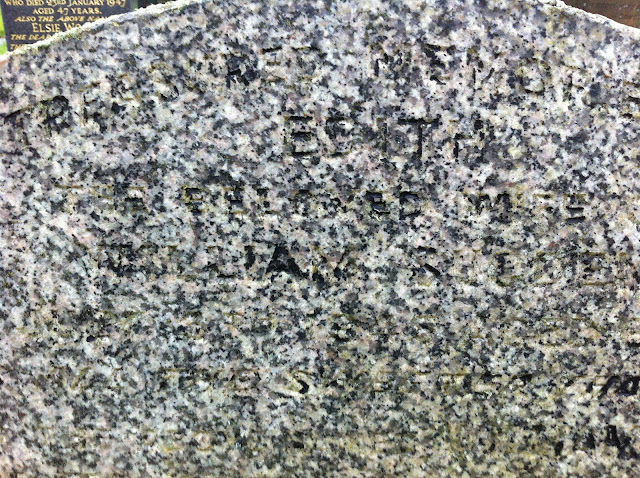 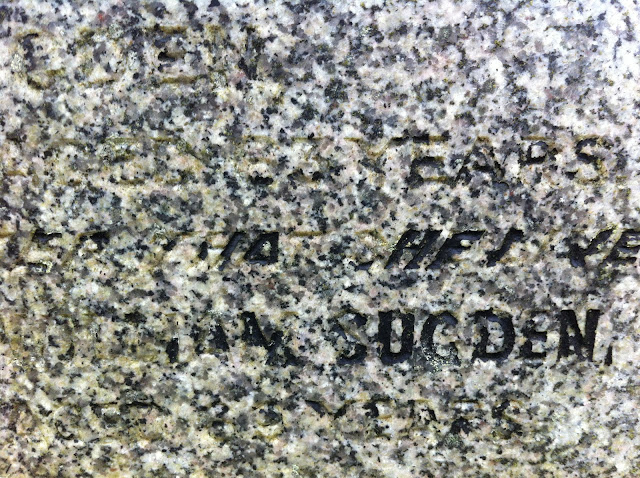