Now I can't stop finding them. These two angels are marking graves in St Anne's Churchyard in Lancashire. They, too, have stars on the heads. Has anyone else noticed them elsewhere? 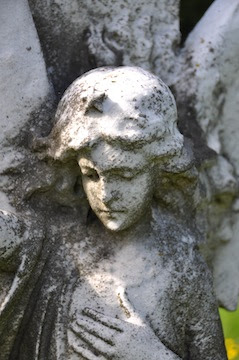 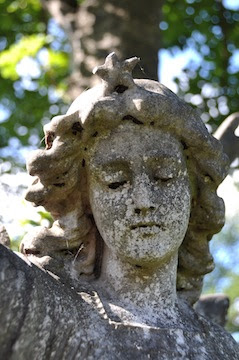 When I visited Brookwood Cemetery many, many years ago, I took photographs of several of the angel memorials. When scanning the negatives recently, I noticed they had stars on their heads. Does anyone know why? I read somewhere that a five pointed star on a memorial linked the deceased to Freemasonry.

A week or two ago, I saw mention of a grave on the Lancashire coast and just a few days later found myself standing next to it. According to Wikipedia, Sambo's Grave is the burial site of a dark skinned cabin boy or slave on unconsecrated ground in a field near the small hamlet of Sunderland Point, near Heysham, Lancashire. 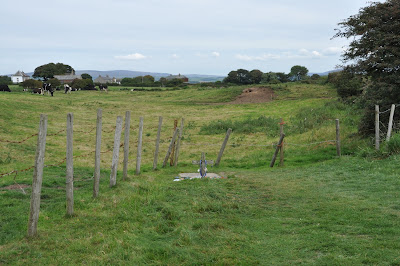 Sunderland Point was a port that served cotton, sugar and slave ships from the West Indies and North America. It is a very small community only accessible via a narrow road which crosses a salt marsh and is cut off at high tide.

As the Lonsdale Magazine of 1822 recounts, Sambo arrived around 1736 from the West Indies as a servant to the captian of an unnamed ship:


It has been suggested that Sambo may have died from a disease contracted from contact with Europeans, to which he had no natural immunity, although some more romanticised stories say that he died of a broken heart when his enslaver left him there. He was buried in unconsecrated ground (as he was not a Christian on the weatherbeaten shoreline of Morecambe Bay. 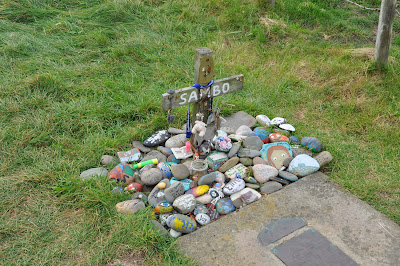 Sixty years after the burial, a retired schoolmaster, James Watson, heard the story and raised the money for a memorial to be placed on the unmarked grave. Watson, who was the brother of the prominent Lancaster slave trader, William Watson, also wrote the epitaph that now marks the grave:
Here lies
Poor SAMBOO
A faithfull NEGRO
Who
(Attending his Maſter from the Weſt Indies)
DIED on his Arrival at SUNDERLAND

But still he sleeps—till the awakening Sounds
Of the Archangel's Trump new Life impart
Then the GREAT JUDGE his Approbation founds
Not on Man's COLOR but his—WORTH of HEART. 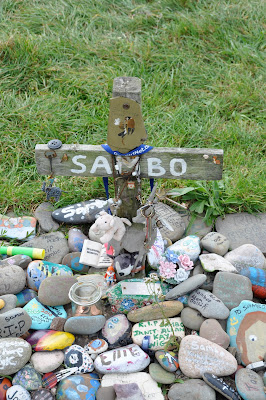 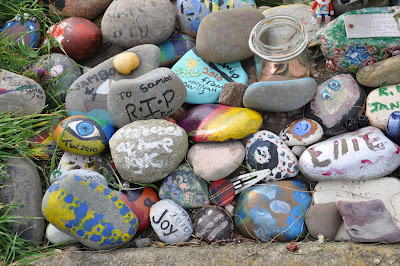 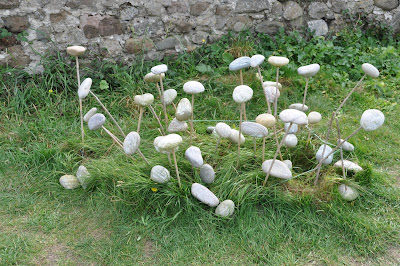 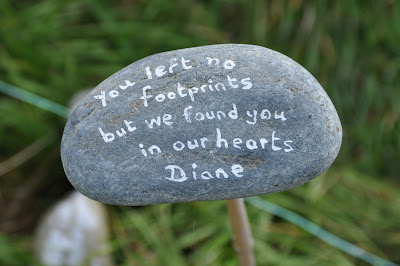 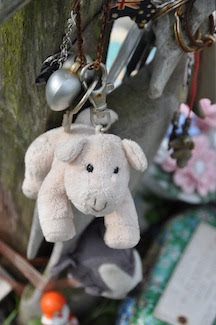 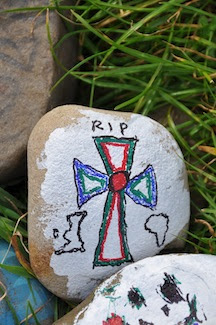