Little Alfred - the Saddest of Notes

When going through the box of funerary treasure, I discovered this small scrap of paper  bearing the sad words of a parent who had lost a child. It is very touching.

This cabinet card shows the newly installed Memorial to Hitchen who died in 1913. Look how pristine it is. I can see a tall industrial chimney in the background. 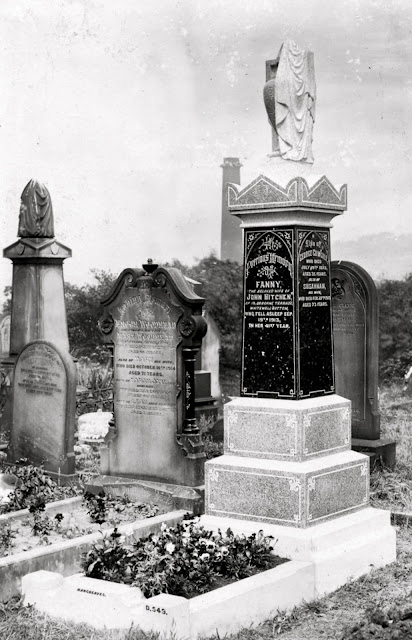 Wherever the Royal Navy based itself abroad, there was always an enterprising photographer who produced souvenir photographs for sale to sailors. Until the 1920s, Cabinet Cards were the preferred format - a thin photograph mounted on card. Quite often they were a real work of art.

This photograph commemorates the death of Stoker Walter Cochrane of HMS Minotaur who died in 1910. Wei Hai Wei was a town in China that was leased as a British Colony from 1898 to 1930. 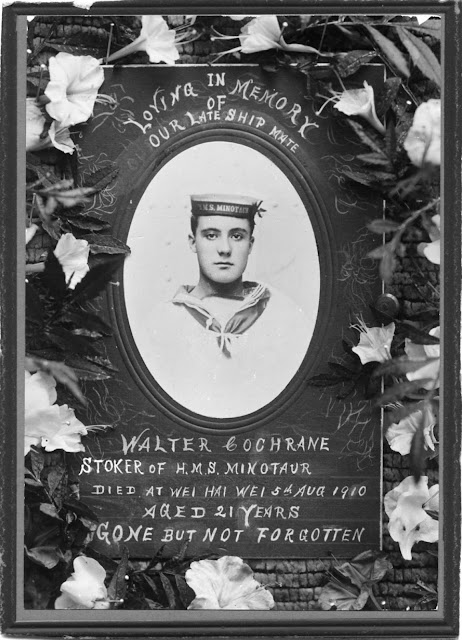