Executed by the Germans

Many years ago, I bought two mounted photographs of the repatriation of Captain Charles Fryatt who was executed by the Germans during the First World War. I recently rediscovered them

Wikipedia tells me that Charles Algernon Fryatt (2 December 1872 – 27 July 1916) was a British mariner who attempted to ram a German U-boat in 1915. His ship, the SS Brussels was captured by the Germans in 1916. When it became clear who he was, Fryatt was court-martialled and executed, although he was a civilian. There was international outrage following his execution. In 1919, his body was exhumed and given a funeral with full honours in England.

In 1919, Fryatt's body was exhumed and returned to the United Kingdom for burial. His coffin was landed at Dover, and transported  to London. On 8 July, his funeral was held at St Paul's Cathedral. Hundreds of merchant seamen and widows of merchant seamen and fishermen attended. Representing the Government were many members of the Admiralty, the Board of Trade, the Cabinet and the War Office.
The band of the Great Eastern Railway, augmented by drummers from the Royal Marines played the Dead March, Eternal Father, Strong to Save and Abide with Me were sung and a blessing given by the Bishop of London. The route of the coffin to Liverpool Street Station was lined with people. Fryatt was buried at All Saint's Church, Upper Dovercourt. His coffin was carried from the station to the church on a gun carriage. His widow was presented with the insignia of the Belgian Order of Leopold which had been posthumously awarded to Fryatt. He was also awarded the Belgian Maritime WarCross. Click on the two photographs for a closer view.


And thanks to Wikimedia and Creative Commons, here are three connected images:

Veteran Headstones: From Mining To Engraving To The Cemetery
Posted by Laurie at 18:33 1 comment:

This memorial marks the grave of an elderly couple who died within a few days of each other. 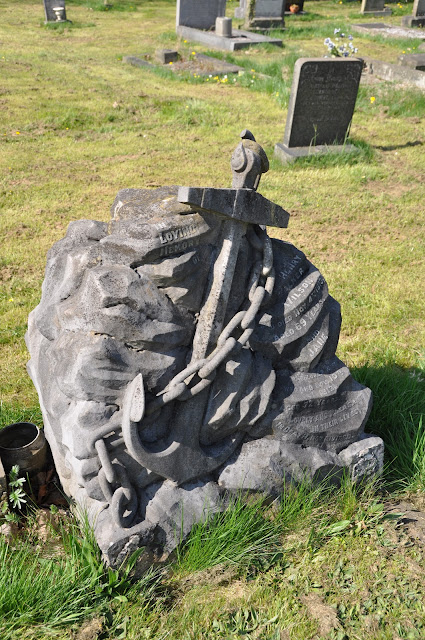 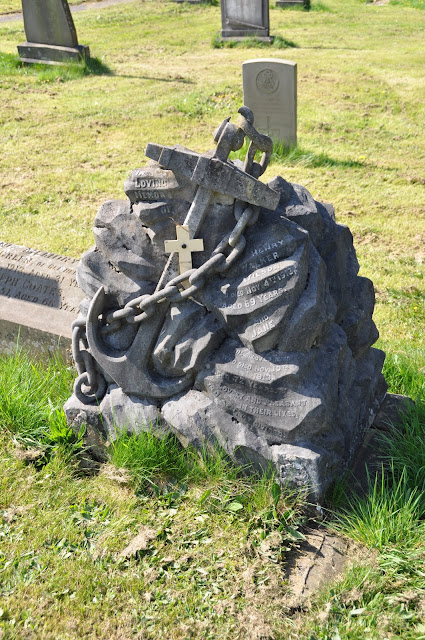 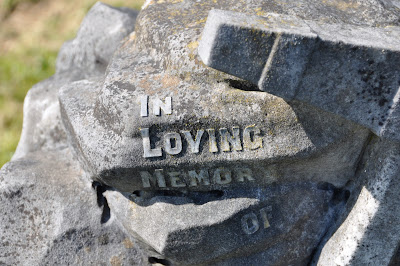 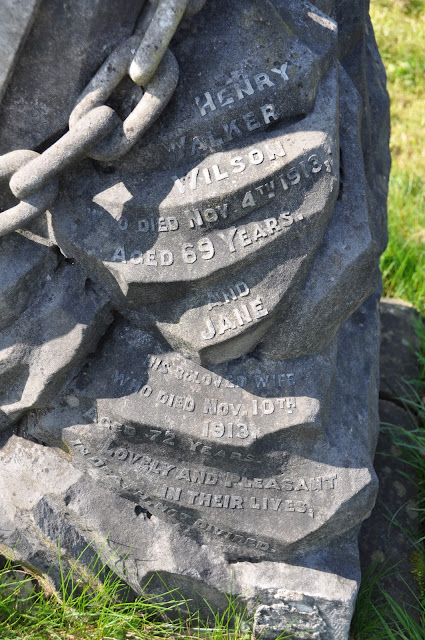