The ashes of the super-NHS fund raiser Captain Moore were interred in the family grave at Morton Cemetery, Riddlesden, Keighley. In accordance with his wishes, the words 'I told you I was Old' were inscribed on his memorial:

BBC Coverage of the event can be found HERE 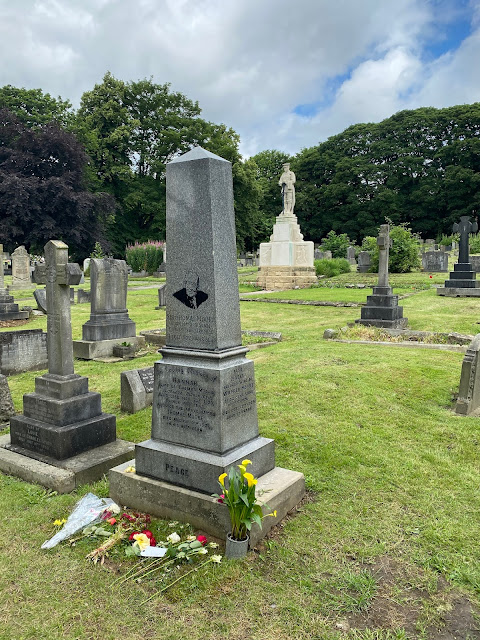 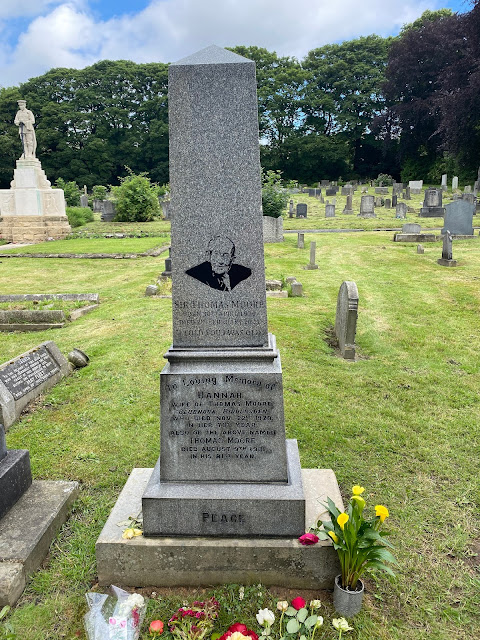 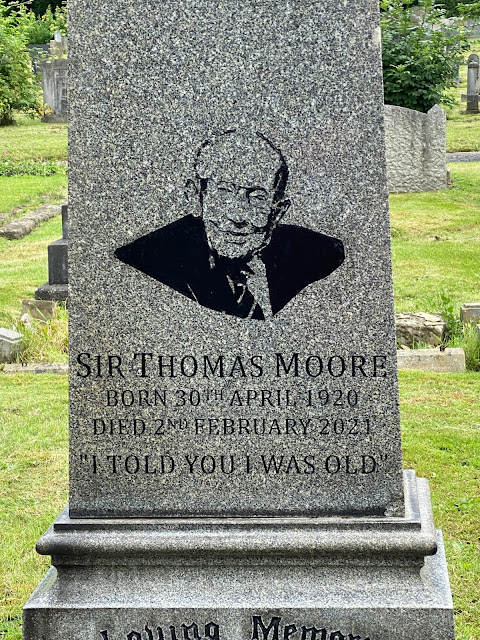 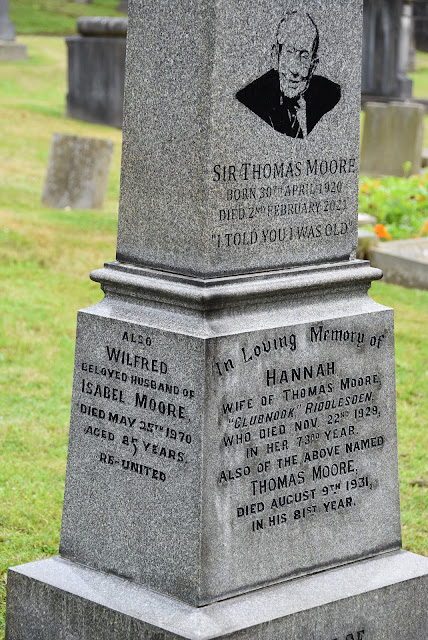 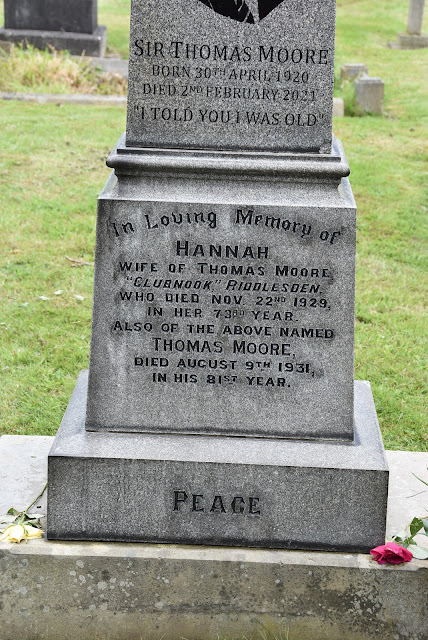 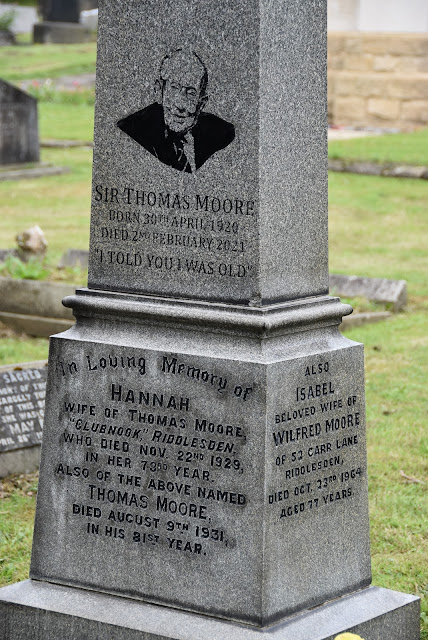 At Keighley's Morton Cemetery, there is a spectacular  Commonwealth War Graves Commission Special Memorial commemorating 22 Commonwealth burials of the First World War. It consists of a Portland Stone statue of a Soldier and two panels upon which are carved the names of 22 soldiers who died of Sickness or Wounds at Keighley War Hospital. 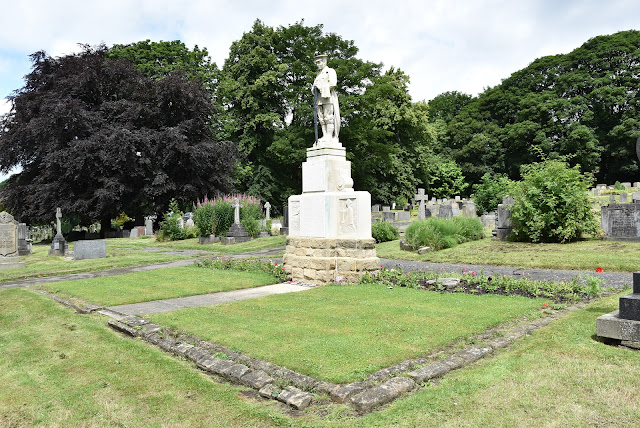 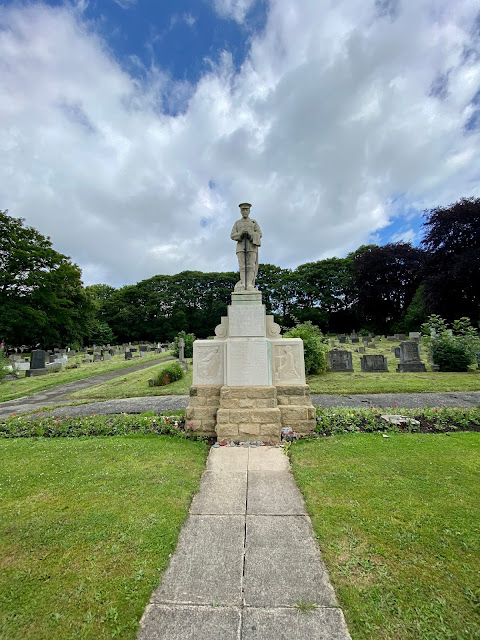 My first port of call was to look at information on the Commonwealth War Graves Commission website.

According to William J Ball, Area Inspector completed on 22 April 1922.

In Grateful Memory of these men who served in the Great War, and died of Sickness and Wounds in the Keighley War Hospital

Their Name Liveth For Evermore

Graves in Special Plot (C) assigned by LocalAuthority for War Graves but not under Military Control. 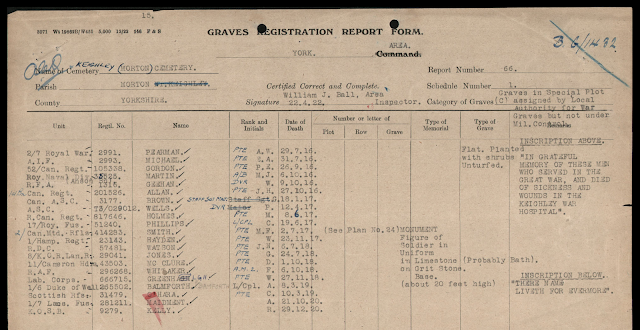 There is a discrepancy here as only 21 of the 22 servicemen listed on the memorial are actually buried in front of the memorial. Gunner Christopher Brown  Royal Field Artillery who served with C Battery, 174th Brigade is buried separately towards the bottom of the cemetery. I am presuming this was because he was a local man. A CWGC headstone has been erected on the family grave. The CWGC Area Inspector records him as being buried in an isolated grave in the Civilian Cemetery, noting that he lies in a plot intended for three burials - presumably the other two places were for his parents. 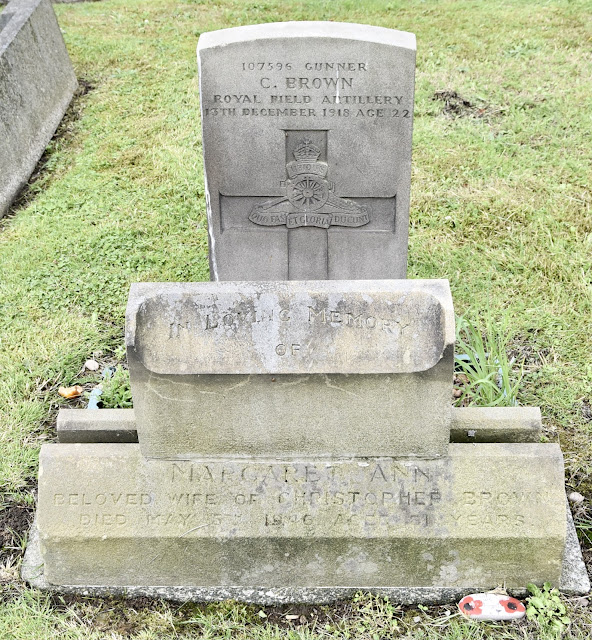 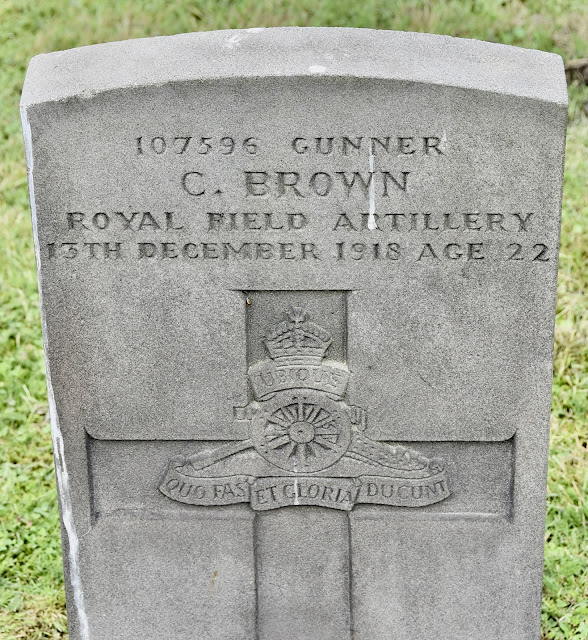 I was quite interested to see that the CWGC War Grave Register had been amended following the removal of a large number of German graves were exhumed and removed to Cannock Chase's German War Cemeteries after the Second World War. What happened [I wonder] to the German MemoriaL which was designed by one of the interned German Officers? Probably broken up, I guess? 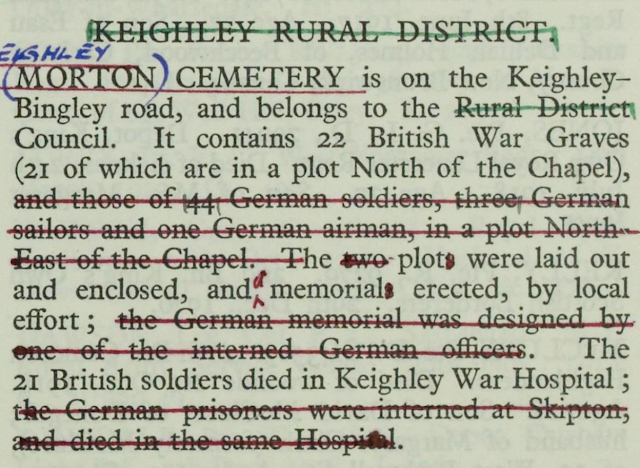 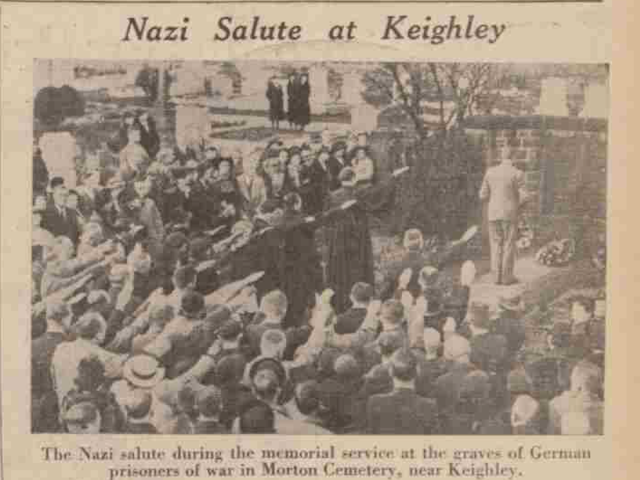 The memorial was unveiled August 12, 1921 in a ceremony attended by local clergy and dignitaries and dedicated by the Bishop of Bradford.

VERY UNUSUAL MEMORIAL IN THAT IT APPEARS TO HAVE BEEN CONSTRUCTED AS A LOCAL INITIATIVE TO COMMEMORATE SERVICEMEN WHO DIED IN KEIGHLEY WAR HOSPITAL AND THEN SEEM TO HAVE BEEN TRANSFERRED TO THE CWGC. THIS PROBABLY EXPLAINS WHY THE NAME PANELS HAVE RECENTLY BEEN RE-CUT WHILST THE MORE DECORATIVE ELEMENTS OF THE MEMORIAL ARE QUITE WEATHERED. THE RIFLE IN PARTICULAR HAS DETIORATED QUITE BADLY

Here are a selection images of the memorial: 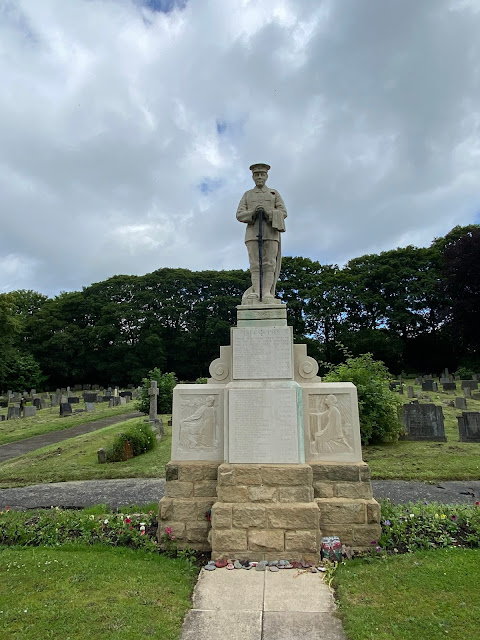 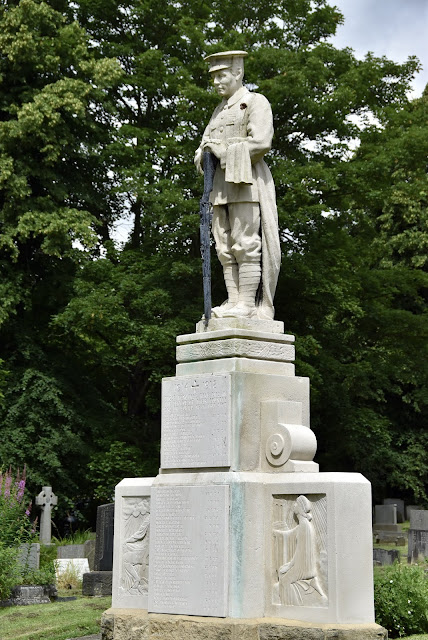 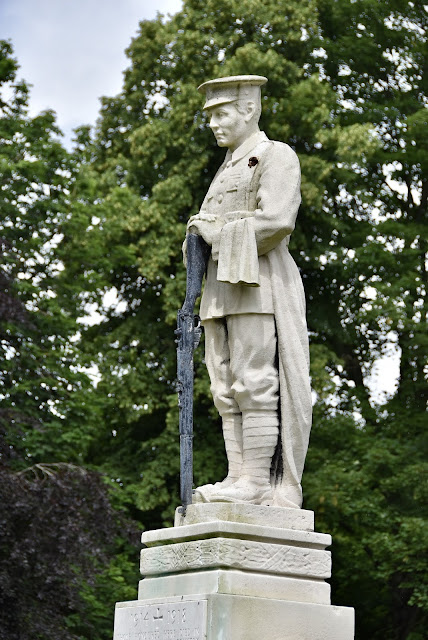 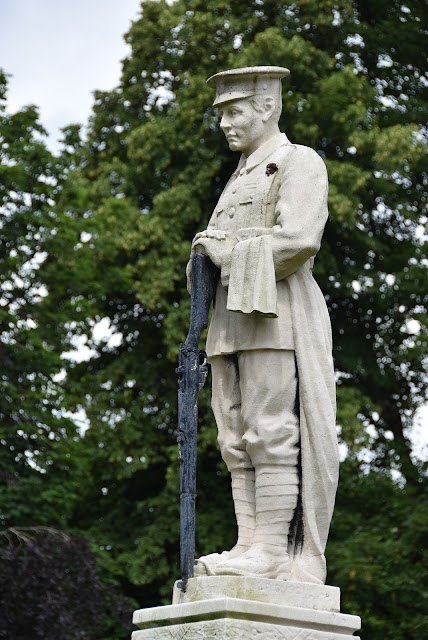 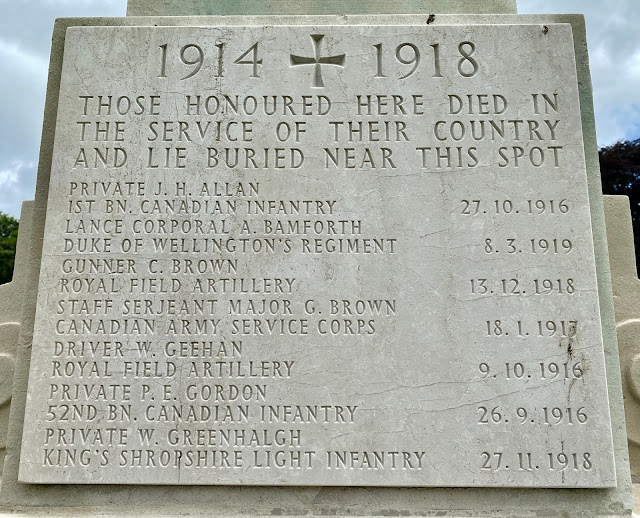 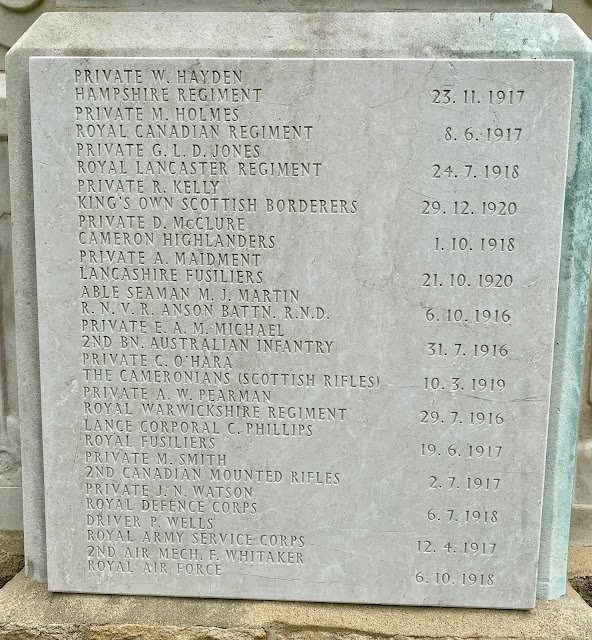 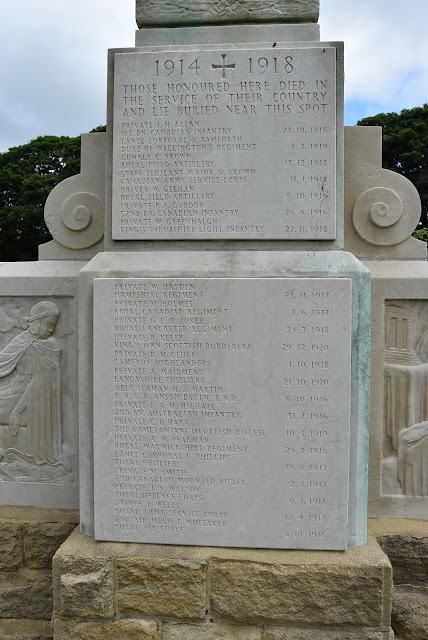 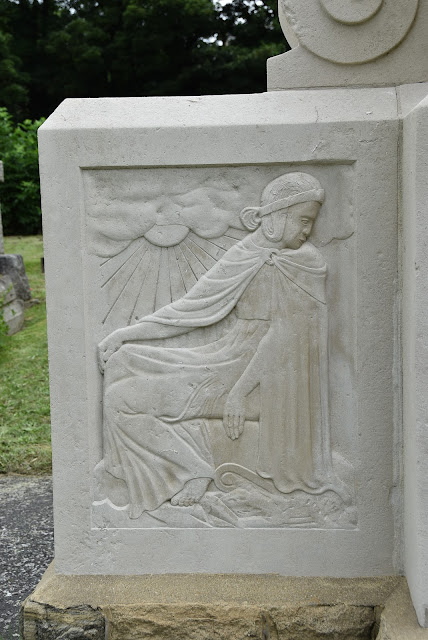 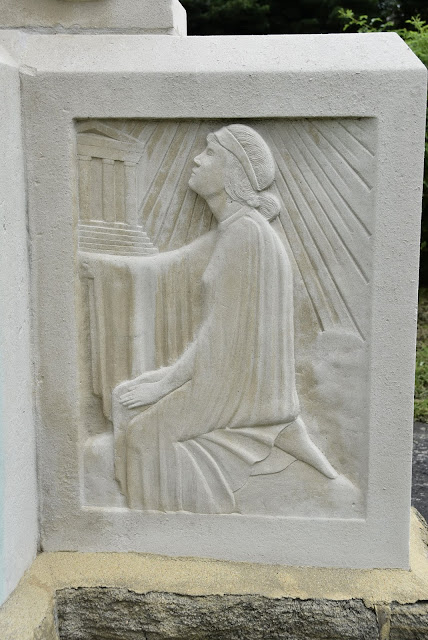