Back in the dark old days, well, about twenty years ago, I used to carry two cameras with me - one loaded with Kodachrome 200 slide film and the other with Ilford XP1 Black and White film. Oh, how much easier life is now that digital photograph is the norm! Anyway, I digress. As the last boxes were packed today, I glimpsed a photo-negative storage folder and had a look to see what I could find. Here are some of the results.

About twenty years ago, I had an assignment in Gibraltar and took the opportunity to look round some of the cemeteries and memorials on the island.

As the sign suggests, the Trafalgar Cemetery contains the remains of some who died of wounds at Gibraltar after Nelson's great victory in October 1805. 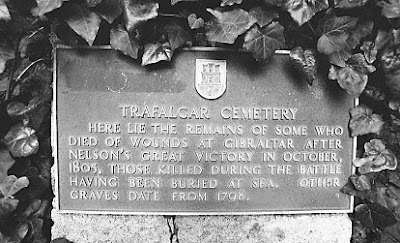 Just how unlucky can you be? This memorial commemorates the lives of Lieutenants Thomas Worth and  John Buckland of the Royal Marine Artillery who were killed by the same shot in November 1810! 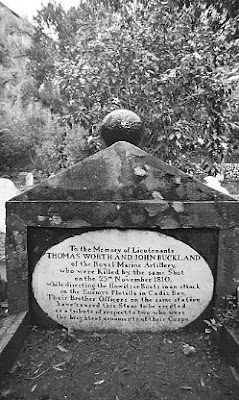 The grave of Captain Thomas Norman of the Royal Marine Corps, late of HMS Mars who died in the Naval Hospital after several weeks of suffering from the effects of his wounds received at Trafalgar. 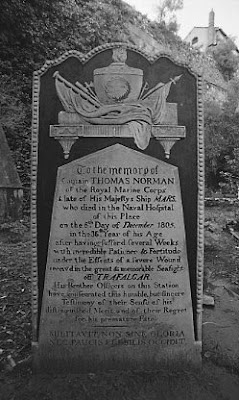 Not that far away, above a very long drop, is this memorial stone set into a wall. Let this be a lesson to everyone who stands close to the edges of cliffs and looks over! 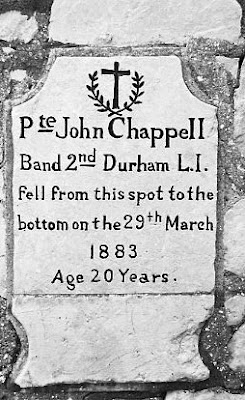