The noted Hindu reformer, Raja Rammohun Roy died in Bristol in 1833 and buried in Stapleton. In 1843, he was reinterred in Arnos Vale cemetery in 1843 in a mausoleum which is a copy of a Bengali tomb or chhatri (meaning umbrella). In 1845, his remains were returned to India and then cremated, near Calcutta, by his family in February 1846.

The tomb was restored in 2008 and the restorers confirmed they couldn't locate Roy's remains at the site after digging for them. Surprise was expressed that the coffin was not found under the Chattri. More on the life of Roy can be found HERE.

Roy was particularly remembered for his opposition to Suttee - a funeral practice within some Asian communities inn which a recently widowed woman immolates herself, typically on her husband's funeral pyre. He persuaded the Governor of Bengal to pass a law banning the practice of Suttee. 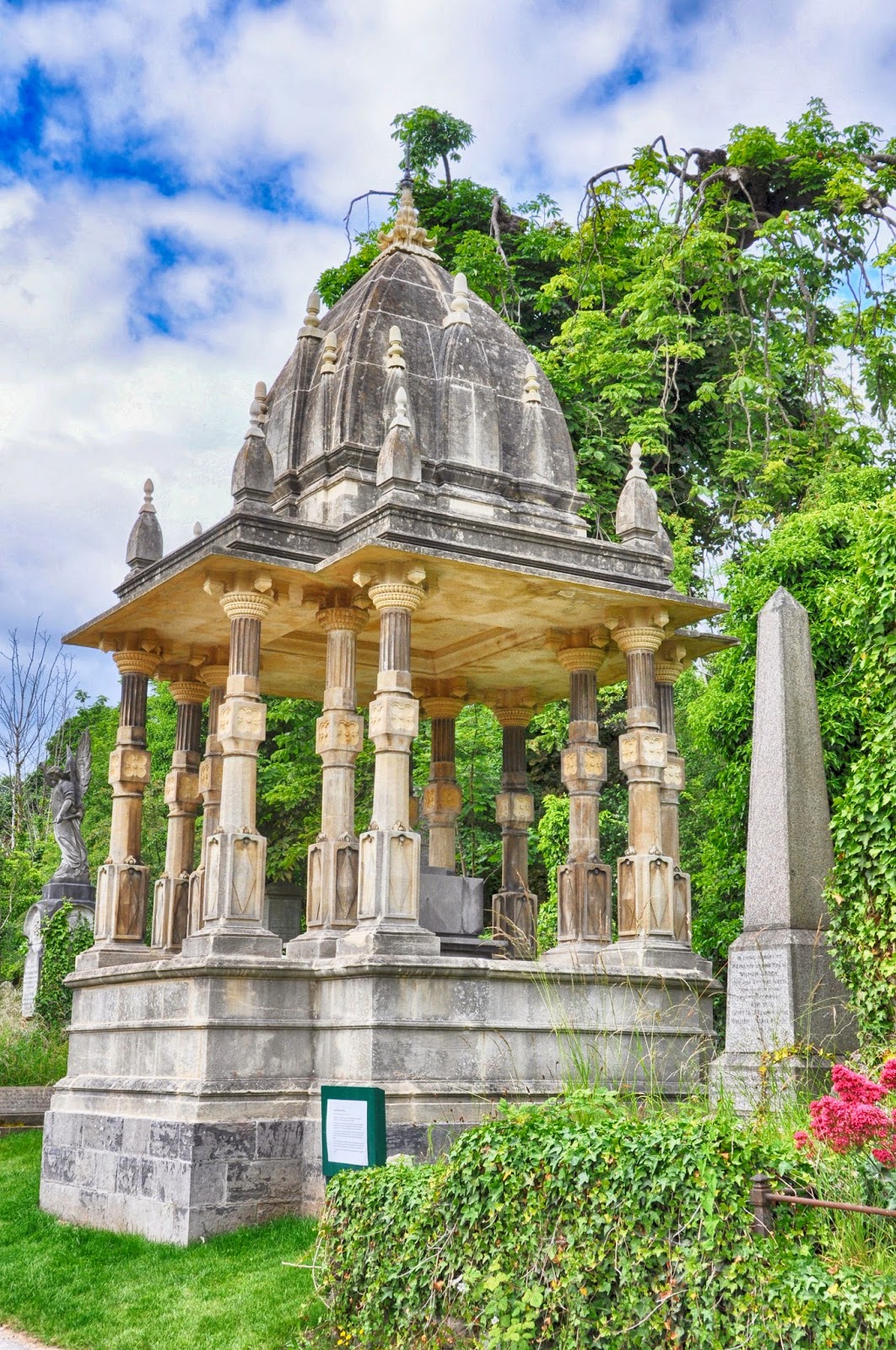 Carla Contractor said...
This comment has been removed by a blog administrator.
15 November 2014 at 20:52