I am intrigued by this memorial to Reginald Howell who is buried in Brookwood Cemetery in Surrey. Under the angel is what looks like representation of London buildings, possibly St Paul's Cathedral.

I can find little about him so far, other than he died 3 August 1912 aged 66 leaving the considerable sum of £151,000. At the time of his death, he lived at Clive House, Esher, Surrey. His wife, who died in 1928, left just under £50,000. The only trace of the pair I can find on the Census index is for 1901, in which he is described as a manufacturer and they were both resident at the Grand Hotel, Eastbourne. He was, I believe, born in Westminster. 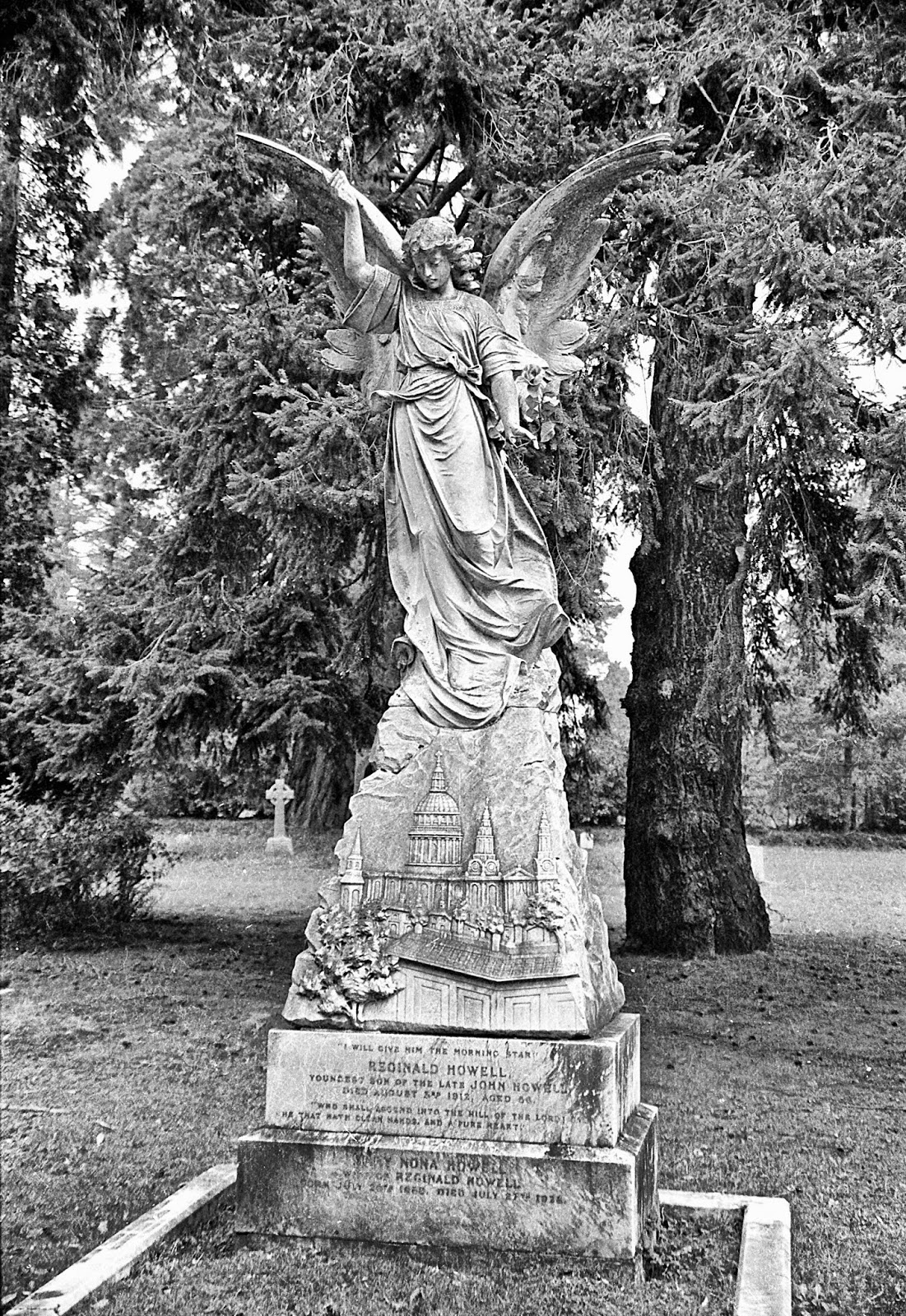 Nice photo, did you go there then?

Yes, I did, Bill. I sent you an email via Geograph but heard nothing from you. Try me on graveyarddetective@gmail.com