I used  to visit the Aldershot Military Cemetery very frequently. Here is a VAD nurse's gravestone that caught my eye. The Canadian Great War Project records the following:


Daughter of Pearson Gill Twist and Julia Twist, of Shawnigan Lake, British Columbia.
Dorothy Pearson Twist was a Voluntary Aid Dispenser, not part of the Canadian Army Medical Corps. Hers was the only death among the 324 Canadian VAD's that participated in the Great War.. - see Bertha Bartlett, Newfoundland (then a separate country)  (This website lists 8 deaths although there could be a debate about one or more. Also there were about 2,000 Canadian VADs of whom over 800 have been identified)
Died of influenza pneumonia. She was buried with full military honours at Aldershot. 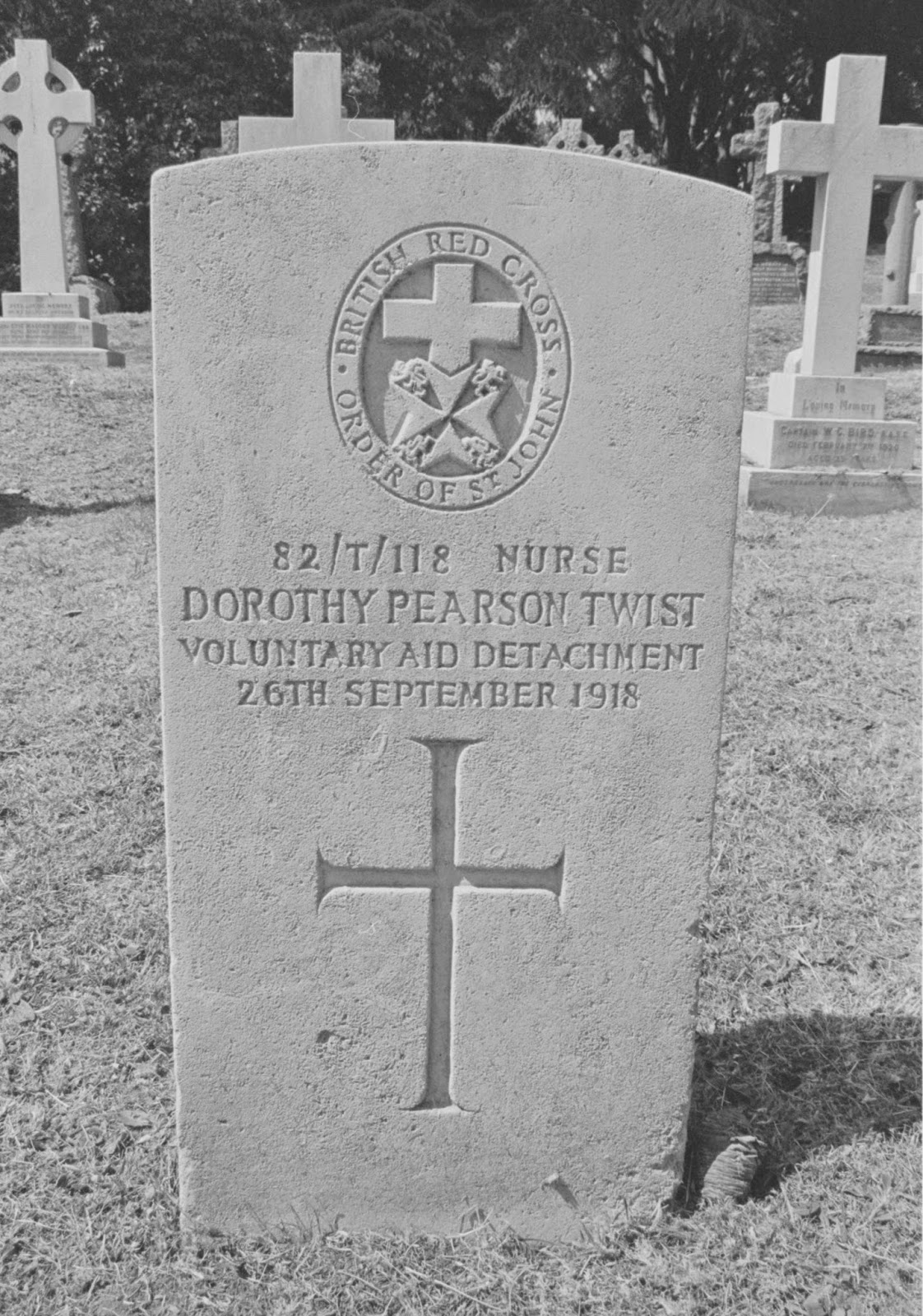