Another day, another old envelope. This contained a number of very fragile prints of Boer War scenes. Two show British dead on the battlefield at Spion Kop. Four are of war memorials, while a another shows a ward on a hospital ship. I believe all were taken by Horwich Brothers photographers. Nineteen similar images sold for 4,600 Rand in 2010.

Spion Kop was a particularly brutal battle which took place 23-24 Jan 1900. The first photograph was exposed on the day the battle ended while the other was taken two days later. They are remarkable for being so graphic for the period. I will caption the remainder, separately. 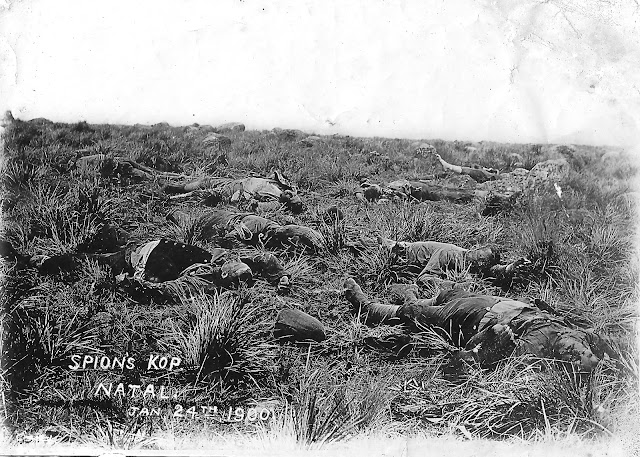 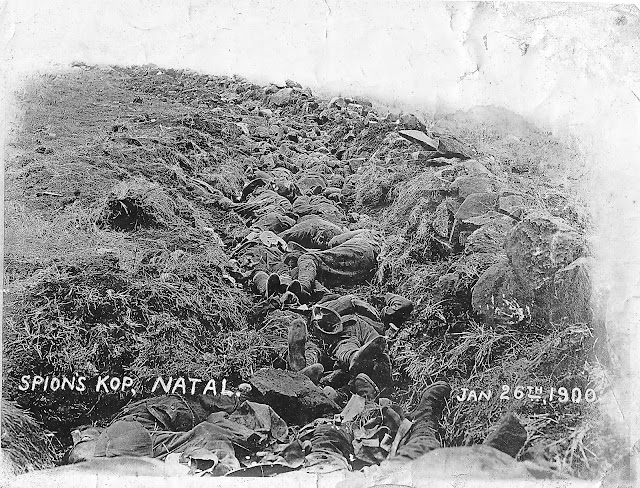 A grim reminder of what war can be like.6